Home » Six Things You Must Know About a Divorce in Arizona | Hildebrand Law, PC » Misled Into Signing Divorce Settlement in Arizona

In Arizona, spouses going through a divorce must provide each other with all information about their finances in a process called “discovery.” The financial discovery rules allow each spouse to prepare for trial.

If a spouse withholds information until a divorce decree is entered, the other spouse may ask the court to reopen the matter by filing a motion under Rule 60c(3).

David Napp and Stacey Breitbart-Napp married in 1968. In 2001, they signed a divorce agreement about how they would divide David’s interest in a limited partnership called DSN in case of a divorce.

David agreed to transfer to DSN his holdings in various business entities including a limited partnership called EMB/NHC LLC (“EMB”). These companies were formed to buy real property to develop RV or mobile home parks. Under the agreement between David and Stacey, she would get 40% of DSN. She could keep the interest, sell it to a third party, or transfer it to David at fair value.

Later in 2001, Stacey filed for divorce. In their divorce mediation, the couple agreed on how their property and debts would be divided and the DSN agreement was incorporated. As part of the divorce proceedings, Stacey transferred her 40% interest in DSN to David, he agreed to make a $500,000 payment to her for it and these became terms of the divorce decree.

After the divorce was entered, Stacey asked for relief from the divorce decree; essentially asking the court to reopen the property division. She based the request on the financial information her husband failed to disclose to her – that one of the EBM partners had decided to sell the RV properties in the summer of 2003. She claimed that this could have affected her willingness to sell the DSN holdings to David.

The court granted the motion. David appealed, but the Court of Appeals agreed that Stacey’s motion to reopen the divorce settlement should be granted.

The Court Can Reopen its Approval of a Settlement Agreement 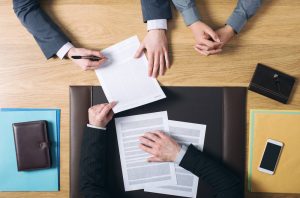 David argued that the divorce court could not reopen the DSN agreement because it did not merge into the divorce decree. However, the Court of Appeals disagreed.

It noted that Arizona statutes require a divorce court to accept a private agreement between divorcing spouses about property unless it finds the agreement to be unfair. If it finds it fair, it approves it.

If it finds it unfair, the agreement is not binding on the court, and it can request the couple to revise it or can make its orders dividing the property. One spouse may ask a judge to reject a property settlement agreement because of fraud, undue influence, or other misconduct.

If a spouse learns afterward of the misconduct, he or she may file a Rule 60(c) motion asking the court to relieve him or her of the “provisions as to property disposition.”

Under Arizona law, spouses must make full financial disclosure to each other in a divorce case. The general rule is that a spouse can move to reopen a divorce decree under Rule 60(c)(3) if he or she shows that the other spouse failed to share information that would have helped her prepare for a trial.

He or she does not need to show that the hidden information would have affected the outcome. David argues this rule only applies when a case goes to trial, but the Court of appeals rejected that position. The law, it noted, is intended to give each spouse a reasonable opportunity to prepare thoroughly for trial or settlement. 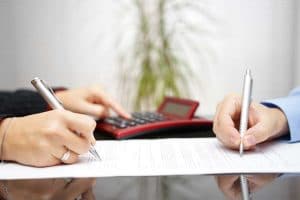 Objecting to a Divorce Settlement in Arizona.

David claimed that Stacey did not make the proper showing for Rule 60(c)(3) motion to be granted. To reopen a divorce decree because of a spouse’s failure to disclose, the trial court must find that the other spouse engaged in fraud, misrepresentation or other misconduct.

Rule 26.1(9) requires a party to disclose all documents which may be relevant to the subject matter of the action, and those which appear reasonably calculated to lead to the discovery of admissible evidence.

A violation of this rule can constitute misconduct. In addition to proving misconduct, a party asking to reopen a divorce property division under Rule 60(c) must show “substantial interference” by either demonstrating that the information withheld could have been valuable as trial evidence, or that it could have led to other meaningful discovery.

The Court of Appeals reviewed the withheld financial information – that Lehman had decided to market the RV portfolio in the summer of 2003 — and agreed that David had a duty to disclose it. The trial court found that the financial matters of the case were important and that the value of the RV portfolio was material and relevant.

The facts also show “substantial interference” since the information was relevant to Stacey’s decision to transfer her interest in DSN to David and to determine whether additional discovery was appropriate before settling.