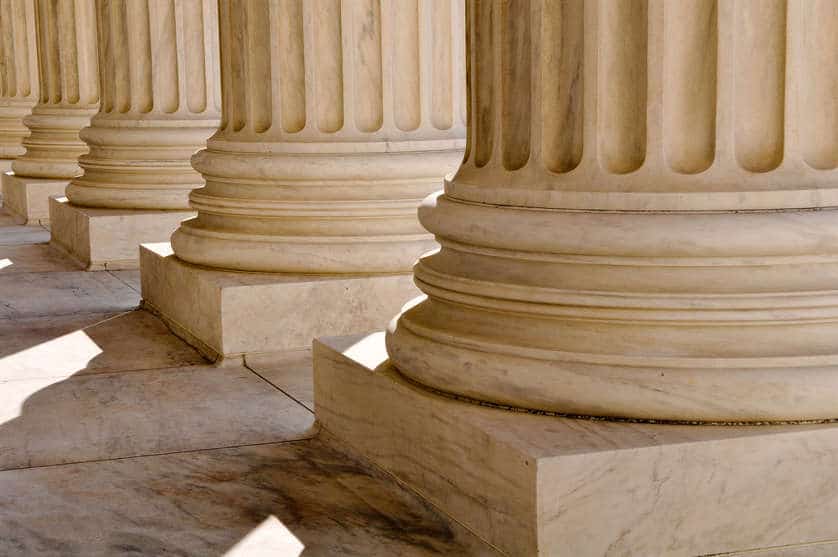 Mr. Beirne and Mrs. Jensen divorced in June 2005. The divorce decree distributed several real properties between the two spouses. These were properties held by the couple as community property. The court awarded Mr. Bernie “Unit 1103” in Scottsdale, Arizona, and the “Hadley Highstone Property” in England.

The court ordered Mr. Bernie to refinance the mortgages on the two properties in his name only within 90 days. He failed to do this. At that point, the court gave Mrs. Jensen the right to sell the property. It also gave her the first right of refusal to purchase the property at fair market value. The proceeds from the sale of both properties would go to Mr. Bernie. First, Mrs. Jensen would be reimbursed for mortgage and maintenance payments.

In May 2008, the court ordered that the property is sold to Mrs. Jensen, that the clerk signs the papers on Mr. Bernie’s behalf, and that Mrs. Jensen is reimbursed for the mortgage amounts she paid.

Mr. Bernie filed a petition in July 2015 stating that Mrs. Jensen hadn’t listed the Hadley Highstone Property for sale. He requested that the court order her to pay him the current equity in the property. He agreed to deed his interest to her.

He also told the court that he couldn’t refinance Unit 1103 because Mrs. Jensen refused to sign over her interest. He requested that the tribunal order Mrs. Jensen to quitclaim him her interest in Unit 1103 to him. Only then could he refinance the property in his name only.

At the hearing, Mrs. Jensen said she wanted to buy the Hadley Highstone Property. The court took the matter under advisement. On October 13, 2015, the court issued a minute entry. It vacated the relief granted to Mr. Bernie and dismissed his petition with prejudice. The court found that it did not have the authority to enforce the decree and related orders because the petition was time-barred. Mr. Bernie appealed.

The Statute Cited Does Not Apply Here

The Court of Appeals ruled that Section 12-1551 is inapplicable to this divorce matter. That law is a statute of limitations that applies to judgments for payments of specific amounts of money. It is irrelevant to the equitable dissolution decree entered in this case.

The purpose of enacting a statute of limitations is to fix a time limit within which an action must be brought. A.R.S. § 12-1551 is intended to limit the time for a creditor to collect debts embodied in money judgments.

The statute applies to judgments that creditors can execute on. The enforcement of dissolution decrees is based on the equitable power of the family court to do justice between the parties. The court keeps jurisdiction to enforce the order until justice is achieved.

The Court of Appeals reversed the court’s ruling that it lacked the power to enforce the dissolution decree and related orders.

The Limitations Period Was Not Triggered

Mr. Bernie could not sue to enforce the court’s order until Mrs. Jensen decided to sell or buy the property. The Court of Appeals held that A.R.S. § 12-1551 was not applicable to this case. However, it also held that if it were, it would not have been triggered until Mrs. Jensen took one of the actions outlined above.

The Court of Appeals reversed the lower court’s ruling and remanded for further proceedings.

Chris Hildebrand wrote the information on this page about the time limit to enforce divorce decree provisions in Arizona to ensure everyone has access to information about family law in Arizona. Chris is a divorce and family law attorney at Hildebrand Law, PC. He has over 24 years of Arizona family law experience and has received multiple awards, including US News and World Report “Top Arizona Divorce Attorneys”, Phoenix Magazine “Top Divorce Law Firms”, and Arizona Foothills Magazine “Best of the Valley” award. He believes the policies and procedures he uses to get his clients through a divorce should all be guided by the principles of honesty, integrity, and, quite frankly, actually caring about what his clients are going through in a divorce or family law case. In short, his practice is defined by the success of his clients. He also manages all of the other attorneys at his firm to make sure the outcomes in their clients’ cases are successful as well.