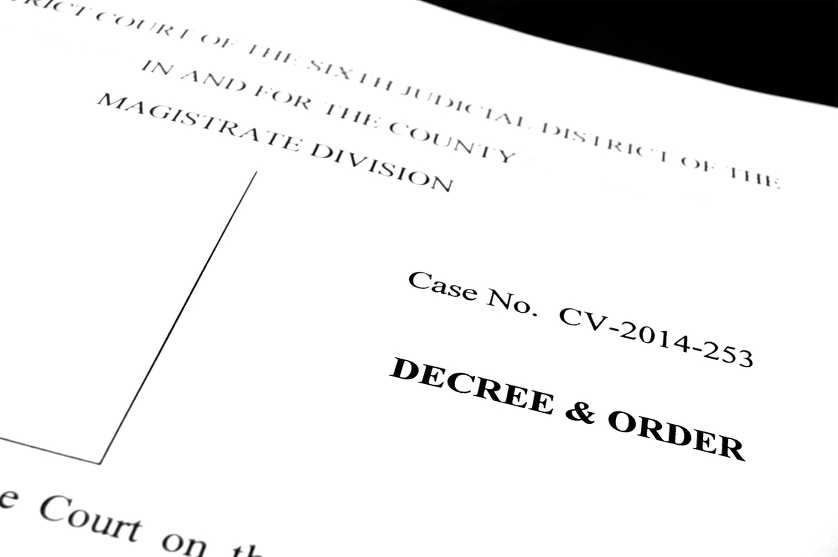 Court’s Jurisdiction Over Procedural Requirements in an Arizona Divorce

In the case of In re Marriage of Dorman, 9 P.3d 329 (2000), the appellate court considered a promissory note signed only by one spouse.

Mr. Cabrera and Mrs. Cabrera divorced in March 1999. The judge awarded them joint legal and physical custody of their child. They shared parenting time substantially equally. Later that same year, Mrs. Cabrera, now Mrs. Dorman, asked the court to order that the child resides with Mr. Cabrera. She was being deported to the Philippines. She expected to be there for six months while her application for permanent resident status was pending.

First, Mrs. Dorman challenged the Court’s jurisdiction to consider this appeal. She argued that the order from which Mr. Cabrera appeals is not a final order. For a special order made after judgment to be appealable, it must raise different issues than those that would be raised by appealing the underlying judgment. The order must also affect the underlying judgment. It cannot be preparatory to a later proceeding.

Here, the order grants Mr. Cabrera primary physical custody of the child. This raises different issues than those that would have arisen from the underlying dissolution decree. It affects the underlying decree and its enforcement and resolves all the issues raised in the petition.

Mr. Cabrera argues that the lower court lacked jurisdiction to modify the order because Mrs. Dorman didn’t initiate proceedings under § 25-411. Mrs. Dorman claims that § 25-411 do not apply to this case.

The statute provides: A party seeking a modification of any type of custody order shall submit an affidavit or verified petition setting forth detailed facts supporting the requested modification and shall give notice, together with a copy of his affidavit, or verified petition to other parties to the proceeding, who may file opposing affidavits. The court shall deny the motion unless it finds that adequate cause for hearing the motion is established by the pleadings, in which case it shall set a date for hearing on why the requested modification should not be granted.

Arizona Statute 25-411 Is Procedural, Not Jurisdictional

Mr. Cabrera argues that the lower court lacked authority to modify the order because Mrs. Dorman didn’t follow the procedures set out in § 25-411. Under the statute, she had to demonstrate cause for modification before the court ordered a hearing.

The trial court is vested with subject matter jurisdiction over child custody determinations. Once a court enters a custody order, it has continuing jurisdiction to modify it. The Court of Appeals discussed whether § 25-411 established an additional jurisdictional requirement for custody modification. The Court found no legislative intention in the language of the statute to limit jurisdiction. That section was derived from § 410 of the Uniform Marriage and Divorce Act. The commentary to that section clearly indicates the section is procedural.

The Court noted that interpreting the statute as procedural would encourage litigation. Any parent displeased with custody modifications could challenge them by claiming defects in preliminary prehearing procedures.

Mr. Cabrera presented no argument to support a claim that § 25-411 procedures are jurisdictional. Therefore, the Court concluded that the requirements of § 25-411 are procedural. That means that the trial court had jurisdiction to hear this matter.

Procedural Matter Must Be Addressed Prior to Resolution on Merits

Mr. Cabrera claims that Mrs. Dorman and the trial court failed to comply with § 25-411. This, he argues constituted reversible error. However, § 25-411 is a pre-hearing procedural statute. Its purpose is, in part, to “prevent repeated or insubstantial motions for modification.”

Any errors in preliminary procedures must be addressed before a resolution on the merits. The time for achieving the statute’s intended protections has passed if noncompliance is first raised on appeal. The matter should have been challenged by special action.

Here, the trial court already conducted the evidentiary hearing. It reviewed the merits of the case and found cause to modify physical custody. It is too late at this stage for Mr. Cabrera to obtain effective appellate review of the pre-hearing procedural requirements.

In addition, the Court will not reverse for noncompliance with § 25-411 unless Mr. Cabrera shows he was prejudiced. It is difficult to show prejudice from the procedural error after a hearing has occurred. This supports the conclusion that any noncompliance with the statute should be challenged by special action.

Mr. Cabrera claims that the procedural violations deprived him “of his opportunity for discovery and a full hearing.” However, noncompliance with the procedures did not cause any of these deprivations. And he has not shown what else he would have done had the judge complied with the statutory procedure. Mr. Cabrera, therefore, has failed to demonstrate any prejudice from the trial court’s procedure.

The Court affirmed the order of the trial court. It denied both parties’ requests for attorney fees on appeal.

Chris Hildebrand wrote the information on this page about procedural issues and jurisdiction in Arizona to ensure everyone has access to information about family law in Arizona. Chris is a divorce and family law attorney at Hildebrand Law, PC. He has over 24 years of Arizona family law experience and has received multiple awards, including US News and World Report “Top Arizona Divorce Attorneys”, Phoenix Magazine “Top Divorce Law Firms”, and Arizona Foothills Magazine “Best of the Valley” award. He believes the policies and procedures he uses to get his clients through a divorce should all be guided by the principles of honesty, integrity, and, quite frankly, actually caring about what his clients are going through in a divorce or family law case. In short, his practice is defined by the success of his clients. He also manages all of the other attorneys at his firm to make sure the outcomes in their clients’ cases are successful as well.