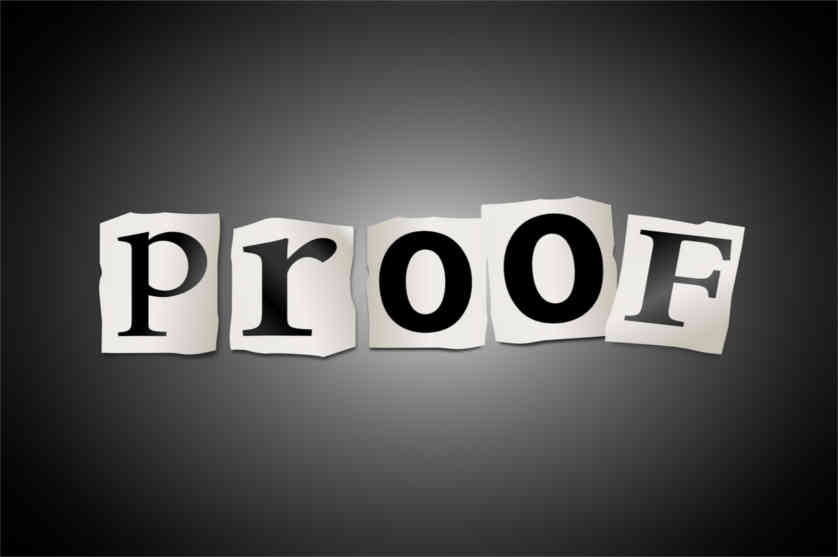 Level of Corroboration Required in a Fault Divorce

Today, Arizona is a no-fault divorce state. However, under the earlier law, couples could only divorce by proving fault. And if a spouse sought divorce for fault, it could not be based solely on her testimony. The testimony had to be corroborated. In Kennedy v. Kennedy, 93 Ariz. 252, 379 P.2d 966 (1963) the Arizona Supreme Court discussed the level of corroboration required.

Divorce on the grounds of Mental and Physical Cruelty

Under Arizona law at the time, a divorce could not be granted on the uncorroborated testimony of a party. This corroboration could be slight. Where the charge is cruelty, the Court said that it was not necessary that every instance charged be corroborated.

It also noted that corroboration didn’t mean absolute proof. It was only necessary that the testimony of the spouse be supported and strengthened by the evidence, not confirmed in detail.

Corroborating evidence was sufficient if it tended to make an impartial person believe that the spouse’s testimony was true. Several instances of the husband’s alleged cruelty were corroborated. One occurred at the machine shop they owned. Mrs. Kennedy testified that a store employee took “improper liberties” with her person.

Mr. Kennedy suggested that she had asked for it. She asked him to fire the worker, and he declined. She tried to fire the man, but Mr. Kennedy ordered the man back to work. Mr. Kennedy further testified that the employee apologized to Mrs. Kennedy. But his testimony confirmed that the incident occurred and that the offending employee wasn’t fired. This sufficiently corroborated the wife’s testimony.

Mrs. Kennedy testified about another act of cruelty by Mr. Kennedy that occurred in the evening Mrs. Kennedy left Kennedy’s home. She had returned late after a church choir practice. In an argument about where she had been, Mr. Kennedy called her a “whore” and beat her.

The husband admitted that this incident occurred and that he physically restrained Mrs. Kennedy against her will. This was sufficient corroboration of Mrs. Kennedy’s testimony. Given this evidence, the trial court did not err in granting a divorce to Mrs. Kennedy.

Mr. Kennedy challenged the trial court’s distribution of assets. First, he contended that the sum of $4,500 brought by the parties from Ohio was his sole and separate property. The trial court found that this amount was kept in the couple’s joint bank account. They used it to buy the real estate which comprised part of the community estate.

The Supreme Court noted that the presumption is that a married couple’s real estate is community property. It found nothing in the record to rebut this presumption.

The husband next argued that the court valued their community property incorrectly. The community assets were land in Tempe, a machine shop on the land, machinery, and equipment there, and other buildings on this property. The lower court found the land and buildings to be worth $71,000. It found the machinery and equipment to be worth $8,385. The court set Mrs. Kennedy’s share at $35,000. It awarded all of the property to Mr. Kennedy and ordered him to pay Mrs. Kennedy $35,000 at the rate of $300 per month.

This distribution would be fair to Mr. Kennedy if the evidence supported the valuation. He claims it was not. The Arizona Supreme Court agreed. The lower court had appointed a receiver to appraise the property. The husband also hired an expert to evaluate it. The appraisal given by the receiver was far higher than that of an expert.

The liquidation appraisal value was the highest value supported by the record. Moreover, the receiver encumbered the property with a $16,000 mortgage. The maximum net worth of the property, taking into consideration the mortgage, is $45,800.

According to the record, the receiver held some $7,000 cash belonging to the community. The trial court ordered $2,500 of this fund to be paid as fees to the wife’s attorneys and awarded her the balance.

The trial judge intended to divide the community property of the parties into approximately equal shares. But because of his valuation error, the effect of his order was to give Mrs. Kennedy four-fifths of the community estate.

With a view to avoiding the expense of a retrial, the Supreme Court ordered Mrs. Kennedy’s award of $35,000 reduced by $10,000 plus whatever sum she got from the receiver.

The Court rejected Mr. Kennedy’s challenge to the award of attorney fees to Mrs. Kennedy. It said that the trial judge has broad discretion to award attorneys’ fees in connection with a divorce action. However, the Court felt that the trial court misjudged the ability of Mr. Kennedy to earn income when it awarded alimony.

No evidence suggests that Mr. Kennedy had any prospects of income following the final order. At the time of trial, the tool and die industry, in which husband previously earned his living, was in a depressed economic condition.

The Arizona Supreme Court remanded the case. It directed the trial court to modify the division of community property as the decision indicated. It also led it to reconsider the alimony award after reviewing Mr. Kennedy’s earning power at the time of trial. The Court reversed the judgment in part and remanded with directions.

Chris Hildebrand wrote the information on this page about Arizona fault divorce and requirement of corroboration to ensure everyone has access to information about family law in Arizona. Chris is a divorce and family law attorney at Hildebrand Law, PC. He has over 24 years of Arizona family law experience and has received multiple awards, including US News and World Report “Top Arizona Divorce Attorneys”, Phoenix Magazine “Top Divorce Law Firms”, and Arizona Foothills Magazine “Best of the Valley” award. He believes the policies and procedures he uses to get his clients through a divorce should all be guided by the principles of honesty, integrity, and, quite frankly, actually caring about what his clients are going through in a divorce or family law case. In short, his practice is defined by the success of his clients. He also manages all of the other attorneys at his firm to make sure the outcomes in their clients’ cases are successful as well.