Law of the Case Doctrine in a Divorce in Arizona | Hildebrand Law, PC

Law of the Case Doctrine in a Divorce in Arizona | Hildebrand Law, PC 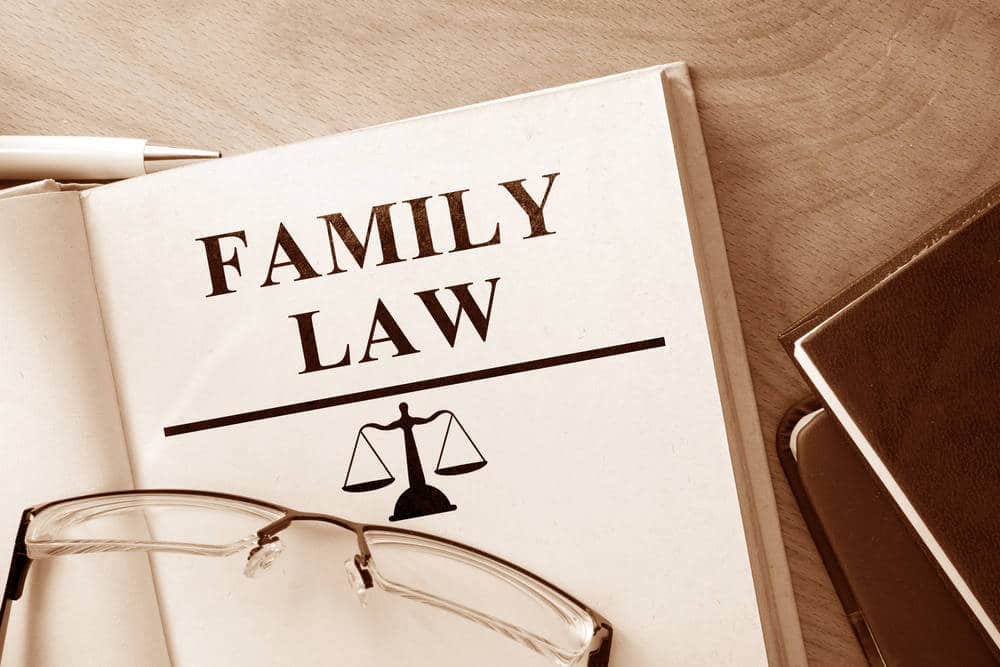 The Arizona Court of Appeals in the case of Durrant vs. Durrant had to, among other issues, deal with the legal principle known as the Law of the Case Doctrine in an Arizona divorce. In that case, Taylor Durrant (Father) appeals the family court’s order:

(1) denying his objection to a case status report from the Family Court Conference Center (FCCC);

(2) entering an income withholding order for past-due spousal support; and

(3) awarding Susan Durrant (Mother) attorneys’ fees in the amount of $10,000. For the following reasons, we affirm in part, vacate in part, and remand for further proceedings.

Mother and Father divorced in April 2005 in accordance with a consent decree that required Father to pay $900 per month in child support and $1600 per month in spousal maintenance. The decree also required Father to pay $3,559.50 in pre-decree spousal maintenance arrearages and $450 in pre-decree child support arrearages, both accruing interest at a rate of 10% per annum.

In October 2007, Mother moved to hold Father in contempt for non-payment of child support and spousal maintenance. In September 2008, the family court entered an order establishing Father’s arrearages at $34,374.50 for spousal maintenance and $3,471.50 for child support. The court also waived all accrued interest pursuant to the parties’ agreement.

In April 2012, Mother again moved to hold Father in contempt for failure to pay child and spousal support, and in August 2012, the family court held an evidentiary hearing on the motion. After the hearing, the court noted that going forward, it would be “applying the statutory interest rate of 3.25% to any judgments ordered by the Court.”

In June 2014, Mother filed a third motion requesting Father be held in contempt for failure to pay his family support obligations. The family court ordered another FCCC case status report, which indicated that, as of August 2014, Father owed $7,491.77 in interest on spousal maintenance arrearages and $3,800.71 “in additional unpaid child support between September 1, 2008, and August 31, 2014,” plus $1,785.98 in interest.

Father objected to the case status report, alleging the FCCC erroneously calculated arrearage interest at 10% per annum in contradiction to the court’s August 2012 minute entry and misapplied Father’s payments to spousal maintenance first, rather than child support, as required by Arizona Revised Statutes (A.R.S.) section 25-510(A).2

In June 2015, the family court issued a nineteen-page order, from which Father now appeals. Therein, the court granted Father an equitable credit for past-due payments intended for support of emancipated children but ordered Father to pay $604.46 per month in prospective child support for the couple’s youngest child and initiated an income withholding order (IWO) to that effect.

The ensuing IWO, prepared by the court’s deputy clerk, also required a deduction of $1,500 per month for “past-due spousal support,” a figure nowhere included within the court’s corresponding order. That order also specifically denied “any and all pending motions not specifically referenced as to title and date,” including Father’s objection to the August 2014 case status report.

Finally, after considering Father’s greater financial resources, the court granted Mother’s request for attorneys’ fees. Father moved for a new trial, to amend the judgment, or for relief from judgment pursuant to Arizona Rules of Family Law Procedure 83 and 85.

Within its order denying the motions, the family court admitted it had “erred when it ordered an interest rate of 3.25% [in August 2012],” and that “[t]he statutory rate [of] 10% as it relates to support,” is correct rather than “the general statutory rate of 1% plus the prime rate.”

The court also considered Mother’s application for attorneys’ fees, finding “that an award of at least some material changes from the relevant date, we cite a statute’s current version warranted, based on [Father]’s unreasonable positions taken,” and awarded Mother $10,000. Father timely appealed. We have jurisdiction pursuant to A.R.S. §§ 12-120.21(A)(1) and -2101(A)(1), (5)(a).

Father concedes the family court’s order setting the lower interest rate is clearly erroneous but contends it must be maintained because it is now the law of the case. In Sholes v. Fernando, this Court provided a comprehensive account of the law of the case doctrine: [The] doctrine refers to the judicial policy of refusing to reopen questions previously decided in the same case by the same court . . . . However, the rule is one of procedure, not substance, and a court does not lack the power to change a ruling simply because it ruled on the question at an earlier stage . . . . The doctrine is not absolute, does not have the same binding effect as res judicata, and should not be applied when it would result in a manifestly unjust decision. 228 Ariz. 455, 458-59, (App. 2011) (first quoting Hall v. Smith, 214 Ariz. 309, 317 (App. 2007), then Lennar Corp. v. Transamerica Ins., 227 Ariz. 238, 243, (App. 2011)) (internal quotations omitted).

Mother’s substantive right to a 10% interest rate on Father’s past-due support obligations was created by A.R.S. § 25-510(E). The family court’s order for a lower interest rate was, therefore, a manifestly erroneous decision and results in an unjust result because it deprives Mother of the full amount of long overdue support owed her by Father.

In such a situation, the “law of the case” cannot stand. The court did not abuse its discretion when it admitted its error, denied Father’s requests for equitable credits corresponding to a 3.25% interest rate and declined to revise the FCCC’s calculation of support arrearages.

We owe no such deference to the court’s conclusions of law, which are reviewed de novo. Id. (citations omitted). An additional basis to reject Father’s argument exists because, when we apply the law of the case doctrine to decisions of the same court, it is intended to “promote[] an orderly process leading to an end to litigation.” Powell-Cerkoney, 176 Ariz. at 278 (citing State v. Maxwell, 19 Ariz. App. 431, 435 (1973)).

We, therefore, note the irony in Father’s invocation of a doctrine designed to promote judicial efficiency, given the family court’s multiple chidings of Father for his “litigious approach to parenting” and “continued abusive filings made in violation of the court’s orders to refrain from such activities.”

The August 2014 case status report, which tracks the receipt and disbursement of arrearage payments by the support payment clearinghouse, shows that, from January 2013 onward, Father’s support payments were only applied to past-due spousal maintenance, rather than to past-due child support.

This distribution priority is clearly erroneous in regard to the family court’s January 2013 IWO, and we remand to the court for recalculation of Father’s arrearages in accordance with that IWO, after considering any support payments made since August 2014 and the equitable credit awarded Father in the court’s appealed minute entry. We, therefore, need not address whether the support payment clearinghouse properly allocated Father’s payments pursuant to the priority set forth in A.R.S. § 25-510(A).

In the family court’s June 2015 minute entry, it ordered “that Father shall pay child support to Mother in the total amount of $604.46 per month, commencing June 1, 2015,” and “that an Income Withholding Order is initiated electronically by the above-named deputy clerk.”

The deputy clerk then filed an IWO a week later that directed deductions from Father’s income in the amounts of $604.46 per month for “current child support” and $1,500 per month for “past-due spousal support.” Given the absence of any corresponding order regarding past due spousal support, the family court, through its deputy clerk’s actions, abused its discretion in ordering any withholding for spousal maintenance

The IWO is vacated and the matter remanded. To the extent the IWO resulted in payment toward Father’s arrearages, these sums should be applied appropriately and included in the updated arrearage calculation order. If Father remains in arrears, it is within the court’s discretion to modify the IWO accordingly.

Pursuant to A.R.S. § 25-324(A): The court from time to time, after considering the financial resources of both parties and the reasonableness of the positions each party has taken throughout the proceedings, may order a party to pay a reasonable amount to the other party for the costs and expenses of maintaining or defending [a domestic relations] proceeding. See also Mangan, 227 Ariz. at 352-53.

Here, Father alleges the family court failed to make the specific findings mentioned in A.R.S. § 25-324(A) despite his request that it do so. This argument is not supported by the record. In the order awarding Mother her attorneys’ fees, the court referenced A.R.S. § 25-324’s mandate to consider the parties’ finances and the reasonableness of their legal positions.

It then awarded Mother her attorneys’ fees because “Father has greater financial resources”; in awarding child support, the court specifically found Father’s gross monthly income, after adjustments due to Father’s other dependents, was almost twice that of Mother’s.

Father contends that Mother misrepresented her financial resources but bases this contention on the evidence presented at a later court proceeding. The family court’s calculation of Mother’s monthly income accurately reflects the affidavit of financial information Mother provided in preparation for the relevant hearing and corresponding ruling.

The court is allowed to make specific findings regarding an award of attorneys’ fees “before, during or after the issuance of a fee award.” A.R.S. § 25-324(A).

Furthermore, the court had the discretion to award attorneys’ fees based either on financial disparity or unreasonable legal positions. Mangan, 227 Ariz. at 353 n.13, (quoting Magee v. Magee, 206 Ariz. 589, 591 n.1, (App. 2004)). Here, ample evidence from the record supports the court’s discretionary award of attorneys’ fees on either basis.

For these reasons, we affirm the family court’s orders imposing the statutory interest rate on Father’s support arrearages and awarding Mother attorneys’ fees. We also vacate the portion of the IWO directing withholding for past-due spousal maintenance and remand for recalculation of the arrearages owed by Father and entry of other orders as appropriate.

Both parties request an award of attorneys’ fees and costs on appeal pursuant to A.R.S. § 25-324. In our discretion, we decline these requests.