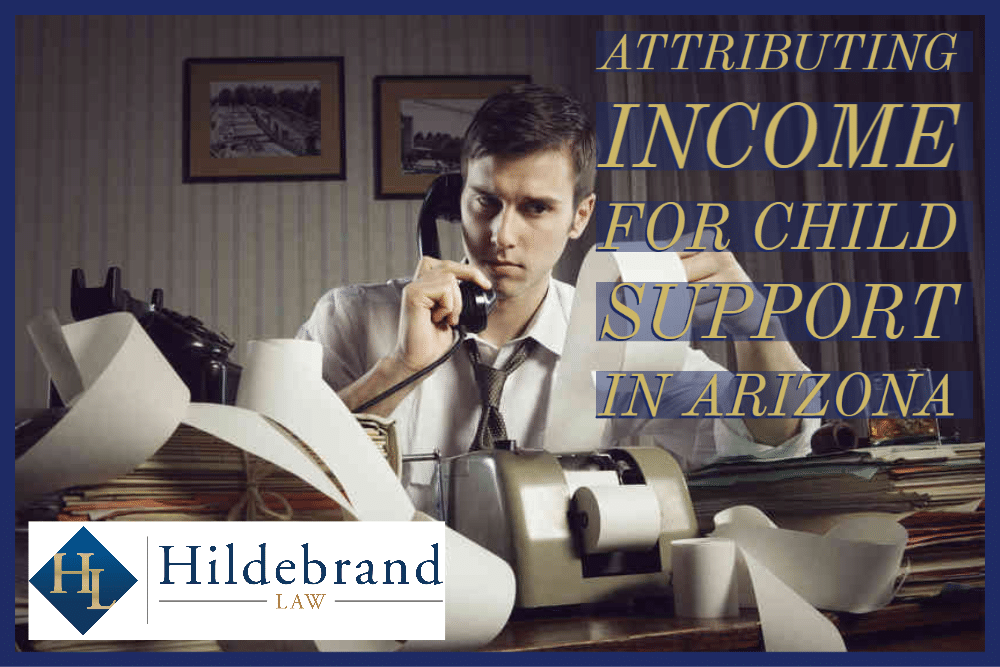 Change in Circumstances and Attributing Income for Child Support in Arizona

In the Amadore case, the trial court found the mother had obtained a real estate license after the court initially issued its child support order.

The trial court, based upon that fact, then attributed income to Mother based upon what the court believed she was capable of earning despite her not being employed at the time the petition to modify child support was filed.

The Arizona Court of Appeals concluded the trial court made an error in retroactively modifying child support back to the first day of the month following the date the father filed his petition to modify child support.

The Court of Appeals ruled, instead, that the court should have retroactively modified child support back to the date the mother obtained employment; which was after the father filed his petition to modify child support.

The reasoning from the Arizona Court of Appeals was that the fact the mother obtained a real estate license and was not pursuing her career did not, in and of itself, constitute a substantial and continuing change in circumstances to modify child support or terminate spousal maintenance.

Instead, the act of obtaining a professional license must be viewed in light of an actual increase in income for that parent and how that income differs from the parent’s income when the child support orders were lasted issued by the court.

The Court of Appeals rejects the father’s argument that the mother had the burden of proving she was incapable of earning what the trial court attributed her as income.

The Arizona Court of Appeals interpreted Section 5(E) of the guidelines to allow a court to attribute income to a parent when calculating child support if the court finds the parent is underemployed or earning fewer earnings as a matter of choice and that choice is deemed to be unreasonable by the Court.

The Court of Appeals concluded the father failed to meet his burden of proof that the mother was intentionally not earning what the court attributed to her as income.

In conclusion, the Arizona Court of Appeals found that the act of obtaining certain educational or vocational training to enter into a new profession was not, in and of itself, constitute a change in circumstances to modify child support in Arizona, a basis to attribute income to a parent, or the basis upon which to retroactively modify that child parent’s child support obligation.

Chris Hildebrand wrote the information on this page about attributing income in a child support case to ensure everyone has access to information about child support laws in Arizona. Chris is a divorce and child support attorney at Hildebrand Law, PC. He has over 24 years of Arizona family law experience and has received multiple awards, including US News and World Report “Top Arizona Divorce Attorneys”, Phoenix Magazine “Top Divorce Law Firms”, and Arizona Foothills Magazine “Best of the Valley” award. He believes the policies and procedures he uses to get his clients through a divorce should all be guided by the principles of honesty, integrity, and actually caring about what his clients are going through in a divorce.