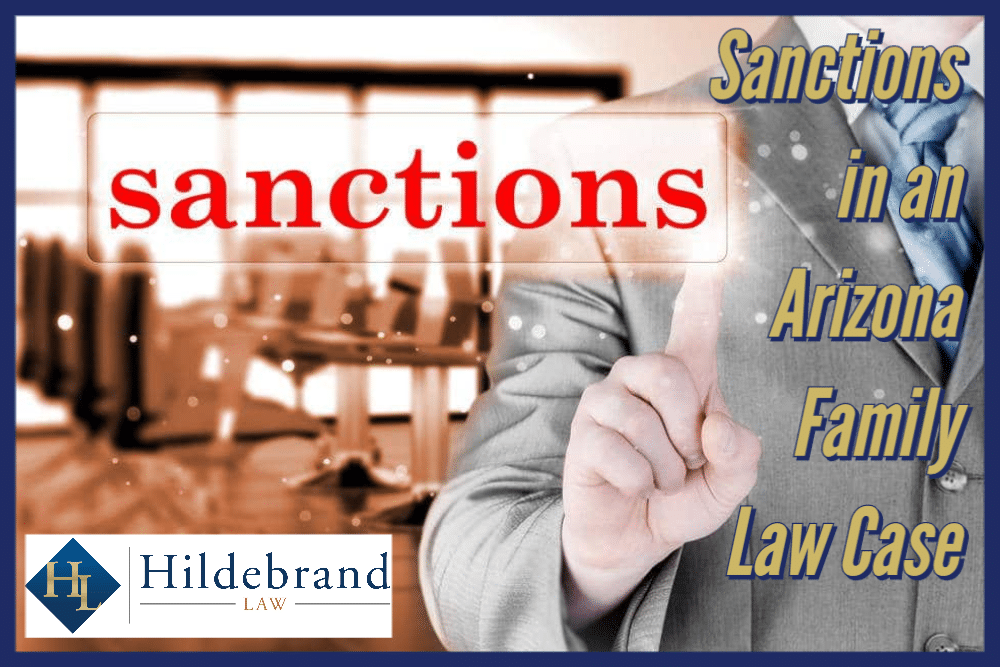 The Arizona Court of appeals in the case of Grow vs. Grow addressed in a memorandum decision the issue of mandatory sanctions in an Arizona

family law case. The trial court dismissed Jared Robert Grow (father)’s petition to enforce court-ordered child care but denied Jennifer Marie Grow (mother)’s request for sanctions. For the following reasons, we affirm the dismissal of father’s petition but impose a sanction against the father and his attorney.

Mother and father were divorced in 2010. They have two minor children together. The consent decree provided that “[t]he parties shall share the cost of unreimbursed . . . childcare . . . in proportion to his/her respective income as indicated on the child support worksheet.”

In April 2016, father filed a petition to enforce court-ordered child care/request for clarification asking the court to order mother to pay fifty percent of the children’s child care expenses because “[c]hild care is used equally by both parties during their parenting time . . . .”

On the same day father filed his motion to withdraw, the trial court granted the mother’s motion to dismiss without awarding sanctions.

The court found that there was “nothing vague” about the court’s 2015 order. The court also previously ordered the parties to pay their pro rata shares for daycare in 2012 and 2015. Based on the 2015 child support worksheet wherein father’s share was seventy percent and mother’s share was thirty.

Mother argues that the trial court abused its discretion in denying her request for sanctions. We review all aspects of a court’s decision related to sanctions under Arizona Rule of Family Law Procedure 31 for an abuse of discretion. See James, Cooke & Hobson, Inc. v. Lake Havasu Plumbing & Fire Prot., 177 Ariz. 316, 319 (App. 1993) (considering Arizona Rule of Civil Procedure 11, on which Rule 31 is predicated, as stated in Ariz. R. Fam. LP. 31, Committee Comment).

Section 25-324(B)(2) directs, among other things, that if a court determines that a party filed a petition “not grounded in fact or based on law,” “the court shall award reasonable costs and attorney fees to the other party.”

Similarly, Arizona Rule of Family Law Procedure 31 is violated when a party or attorney files a pleading or paper and knows or should have known after reasonable inquiry that the claim or defense is legally or factually groundless or when the paper filed is intended to cause delay, harassment, or some other improper purpose.

Father has failed to file an answering brief in this matter. “[A] failure to file an answering brief is equivalent to a confession of error by appellee.” Welch v. United Mut. Benefit Ass’n, 48 Ariz. 173 (1936) (citations omitted). Because the trial court did not award sanctions, we affirm the dismissal of father’s petition but modify the trial court’s order to impose a sanction against the father and his attorney in the amount of $1000. For the foregoing reasons, we affirm but modify the trial court’s order.

Chris Hildebrand wrote the information on this page about mandatory sanctions in a divorce in Arizona to ensure everyone has access to information about family law in Arizona. Chris is a divorce and family law attorney at Hildebrand Law, PC. He has over 24 years of Arizona family law experience and has received multiple awards, including US News and World Report “Top Arizona Divorce Attorneys”, Phoenix Magazine “Top Divorce Law Firms”, and Arizona Foothills Magazine “Best of the Valley” award. He believes the policies and procedures he uses to get his clients through a divorce should all be guided by the principles of honesty, integrity, and, quite frankly, actually caring about what his clients are going through in a divorce or family law case. In short, his practice is defined by the success of his clients. He also manages all of the other attorneys at his firm to make sure the outcomes in their clients’ cases are successful as well.