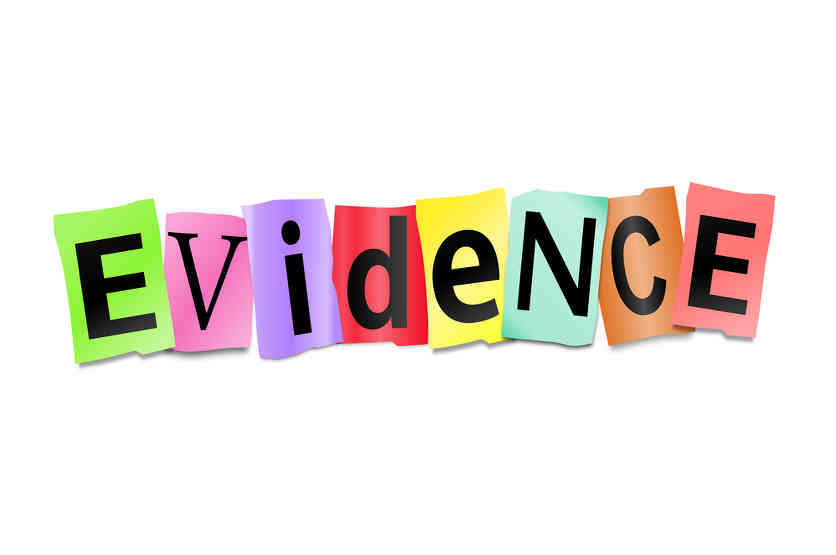 Late Disclosure of Evidence in an Arizona Divorce Case

Failure to Timely Disclose Evidence in a Divorce Case

The Castros had three children during their marriage. Two of the children were still minors when they filed for divorce. The parties owned five pieces of real estate, including a home in Arizona and a home in Mexico, and a parcel of land and two empty lots in Mexico.

The wife attempted to use one of her exhibits at the final divorce trial.  The husband objected to the exhibit because the Wife had not timely disclosed the exhibit to him or his attorney prior to the divorce trial.

The wife admitted she had only recently disclosed the document by having a copy of it dropped off at the Husband’s attorney’s office the Friday before the scheduled trial. The husband’s attorney, coincidentally, was out of town when the document was delivered to her office. The trial court prevented Wife from using that exhibit, as well as five additional exhibits at trial because of her late disclosure of the documents.

As a result, she asked the court to order Husband to pay for health insurance for the children. The husband testified he was sixty-nine years old. He also testified he planned to retire soon and that he did not have retirement accounts.

The husband received $1,136 in social security payments per month. He testified his pay varied depending on the hours he worked. He grossed $41,140 in 2011. He also testified he would like his summer visitation with the children to be the month of July and Father’s Day. The wife did not testify regarding the summer visitation issue.

The judge concluded the amount Mother received from Father’s social security benefits was greater than the amount Father would be ordered to pay for child support.  Therefore, the court did not order Father to pay any additional child support.  The Arizona Child Support Guidelines provide for the court to not order child support when social security benefits are paid to a custodial parent for the children in an amount equal to or greater than what would otherwise be ordered by the court. Also, the Husband’s requested summer visitation schedule was granted.

The judge valued the real estate either by the purchase price or the average of the parties’ testimony and other evidence regarding the value of those other properties. After all, values were decided by the judge, the court ordered Husband to pay Wife $10,000 to equalize the values of those properties.

Exclusion of Wife’s Exhibits That Were Untimely Disclosed

She submitted exhibits and photographs with her motion that pertained to the values of the Michoacan home and Algodones property. She admitted she failed to use those exhibits at the trial. She attempted to excuse her failure to use the exhibits at trial because she claimed some of them were expensive to obtain and she did not know they would be necessary. She did not think they were necessary because, according to her, she did not anticipate her husband would lie under oath.

The husband argued these newly produced documents were not newly discovered. He argued she could have used them at trial. He argued she should not be given a second chance to litigate the divorce after the trial was completed. He argued her lack of preparedness does not provide a reason to allow her to re-litigate the divorce. As a result, he asked for the documents to be stricken from the record. The court denied Wife’s motion and her exhibits attached to her motion were stricken from the record. Wife appealed.

An appellate court will always defer to the trial court’s decision regarding the facts of a case.  The court of appeals will not, however, give any deference to a trial judge’s application of the law to those facts.  The issues in this appeal included the valuation of the Algodones property, the exclusion of Wife’s exhibits and Father’s summer parenting time schedule.

Mother argues the court should not have excluded her exhibits despite the untimely disclosure of those documents just days before trial. The trial occurred on Monday at 9:00 a.m. The wife attorney’s assistant delivered the new documents to Father’s attorney’s office the prior Friday. The wife claims one of the excluded exhibits proved that the children did not receive welfare benefits.

If true, that exhibit may have prevented the judge from incorrectly finding the children received welfare benefits. The court rejected the Wife’s argument that the Husband’s counsel could have reviewed the documents over the weekend. The Arizona Court of Appeals could find no reason to overturn the trial court’s decision and denied that portion of Wife’s appeal.

Mother argues the court wrongly denied her motion for a new trial seeking a higher valuation of the Algodones property. She argued the applicable family law rule provides for a new trial of a divorce trial if “material evidence, newly discovered, which with reasonable diligence could not have been produced at the trial” is discovered after trial.

The wife also claimed the trial court made an error in the value the judge assigned to the Michoacan home, which was awarded to Wife. The judge valued that house at $60,000, which was the purchase price of the home. She argued the correct value should be $40,000 based upon her testimony at trial.

Upon review of the trial transcripts, Wife had testified she bought the home for $40,000. However, Wife indicated in her Resolution Statement filed prior to trial that the home was worth $70,000.  She also testified there was a lien of $10,000 on the home.

Although the judge incorrectly stated the parties paid $60,000 for the home, the record from that trial still supports the value of $60,000 based on the statements Wife made in her Resolution Statement. Accordingly, the appeals court found no abuse of discretion on the part of the trial court.

The wife argues the order awarding Husband parenting time for the month of July violated a prior parenting time agreement they reached in mediation. Upon review, the appeals court found their prior mediated agreement did not specify when Father would have parenting time during the summer.

Instead, the mediated agreement indicated that the “…parents agree to decide specific times on their own and do not wish to include them in this plan.” The court of appeals also concluded she did not object to Father’s requested summer parenting time at trial to preserve any such agreements. Therefore, the court of appeals concluded the court did not abuse its discretion to issue that order.

The wife argued the court did not properly rule upon all of the statutory factors before denying her alimony. She believes she was entitled to alimony and felt the judge was wrong in his assessment of her ability to work and was wrong in finding the children received welfare benefits.

She argues she testified regarding her unsuccessful attempts to obtain employment. She argued the court wrongly assumed her accounting degree from Mexico would transfer to the United States, which would help her find employment as an accountant.

The court of appeals noted she contradicted herself in her own Resolution Statement wherein she stated she was receiving those benefits for “the minor children”. The trial court’s findings on this issue were supported by the record. The Arizona Court of Appeals in the unpublished case of Castro v. Castro affirmed the findings and judgments of the trial court.

Chris Hildebrand wrote the information on this page about untimely disclosure of evidence in an Arizona divorce case to ensure everyone has access to information about family law in Arizona. Chris is a divorce and family law attorney at Hildebrand Law, PC. He has over 24 years of Arizona family law experience and has received multiple awards, including US News and World Report “Top Arizona Divorce Attorneys”, Phoenix Magazine “Top Divorce Law Firms”, and Arizona Foothills Magazine “Best of the Valley” award. He believes the policies and procedures he uses to get his clients through a divorce should all be guided by the principles of honesty, integrity, and, quite frankly, actually caring about what his clients are going through in a divorce or family law case. In short, his practice is defined by the success of his clients. He also manages all of the other attorneys at his firm to make sure the outcomes in their clients’ cases are successful as well.