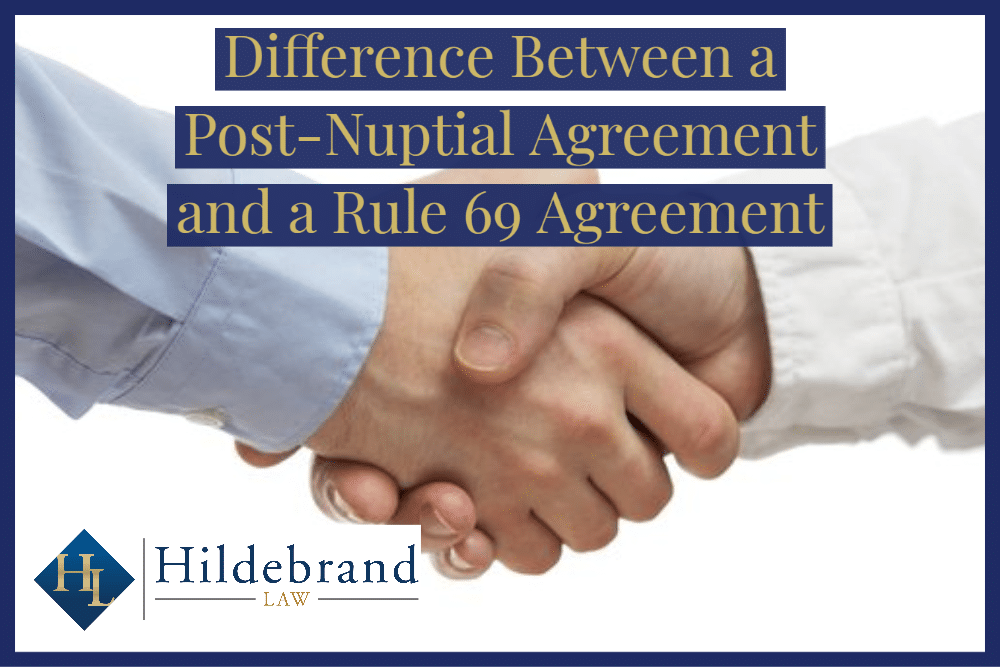 Contesting a Rule 69 Agreement Without a Trial

Unfortunately, some people have second thoughts after reaching a rule 69 settlement agreement later and wish to contest the agreement.

They may argue they were placed under duress to agree to the terms of the agreement or may simply feel the agreement is not fair.

So, the attempt to convince the court not to accept the agreement and many feel they are entitled to a hearing to present evidence to demonstrate how unfair the agreement is to them.

The question becomes whether every person contesting a rule 69 agreement in Arizona is entitled to a trial on the issue.

The Arizona Court of Appeals in the case of Hutki v. Hutki answered that question. In the Hutki case, the husband and the wife reached a rule 69 settlement agreement in their divorce case.

The wife later objected to the agreement; stating that the division and assets were not fair and equitable.

The wife requested a trial to present evidence in support of her claim the agreement was unfair.

The trial court reviewed the agreement, found it was a fair and equitable division of the assets, denied wife an opportunity to present evidence to establish the agreement to be unfair, and issued a divorce decree.

The wife appealed the trial court’s decision on the basis that the trial court, according to her, was required to hold and trial to allow her to present evidence to prove the Rule 69 agreement was not fair.

Difference Between a Post-Nuptial Agreement and a Rule 69 Agreement

The wife relied on the prior Arizona Court of Appeals’ decision in the case of Sharp v. Sharp.

The Arizona Court of Appeals in the Sharp case, however, dealt with the burden of proof that must be applied to evaluating the fairness of a post-nuptial agreement, which is an agreement between spouses entered into during a marriage but before a divorce petition is filed.

In the Hutki case, the agreement was a rule 69 agreement entered into after a divorce was filed and is not treated by the court the same as a post-nuptial agreement, so the ruling in the Sharp case does not apply and is superseded by Rule 69. Rule 69 provides that “it is the burden of the party challenging the validity of the agreement to prove any defect in the agreement”.

Sufficient Evidence Included on the Record

The Arizona Court of Appeals in the Hutki case held there was sufficient evidence on the record to establish the trial court made a sufficient independent determination of the fairness of the agreement.

The Court of Appeals noted that a business valuation report was reviewed regarding the value of the husband’s business interests.

The wife, correspondingly, did not place anything on the record to meet her burden of proving the agreement was not fair. It is important to note the parties’ agreement included actual values of all assets that were divided; which also aided the trial court in determining the fairness of the agreement. The court also noted the amount of information and documentation Wife had during the divorce.

Defenses of Duress or Undue Influence Require a Hearing

There was no claim made that the wife was under duress or coerced into entering into the Rule 69 agreement. 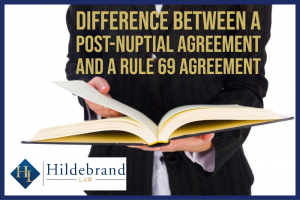 Such claims would have required a hearing.

If you have questions about a rule 69 agreement contested without trial in an Arizona divorce case, you should seriously consider contacting the attorneys at Hildebrand Law, PC. Our Arizona community property and family law attorneys have over 100 years of combined experience successfully representing clients in community property and family law cases.

Chris Hildebrand wrote the information on this page about contesting a Rule 69 agreement to ensure everyone has access to information about family law in Arizona. Chris is a divorce and family law attorney at Hildebrand Law, PC. He has over 24 years of Arizona family law experience and has received multiple awards, including US News and World Report “Top Arizona Divorce Attorneys”, Phoenix Magazine “Top Divorce Law Firms”, and Arizona Foothills Magazine “Best of the Valley” award. He believes the policies and procedures he uses to get his clients through a divorce should all be guided by the principles of honesty, integrity, and actually caring about what his clients are going through in a divorce or family law case.