Valuing Business in AZ Divorce With No Financials | Hildebrand Law

Valuing Business in AZ Divorce With No Financials | Hildebrand Law 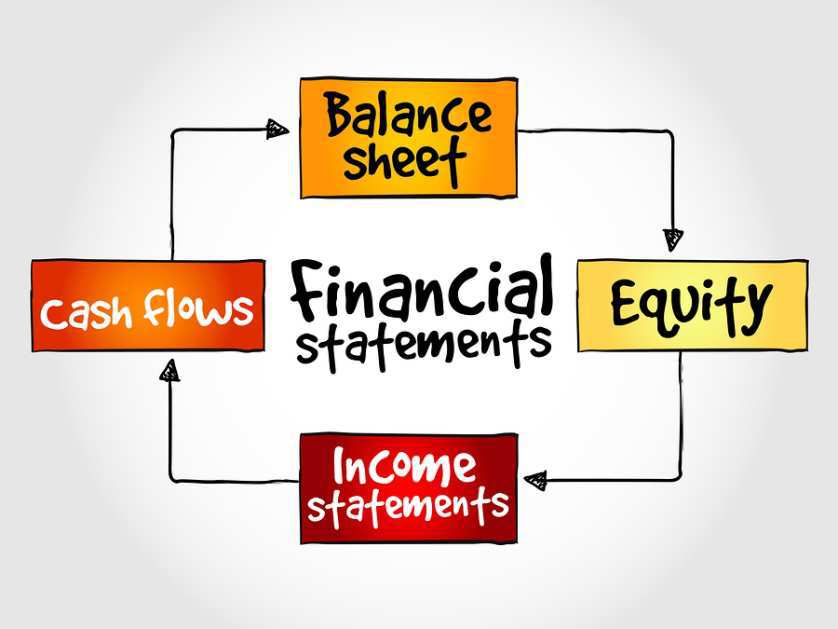 Valuing a Business in a Divorce in Arizona Without Financial Documentation

In Arizona, the decision of the court regarding the division of marital assets is based upon state law. As Arizona is one of nine community property states in the United States, anything earned (or debt incurred) during the marriage is community property and, thus, subject to “equitable” distribution in a divorce. Exceptions may occur in situations where the property that was owned prior to the marriage or gifted or inherited by one spouse alone is considered “separate property.” In this situation, the separate property may remain the sole asset of one spouse.

Cason v. Cason: A Brief Summary of the Case

In the unpublished decision issued by the Arizona Court of Appeals, Ms. Cason (Wife) purchased property in Queen Creek in January 2006. She and Mr. Cason (Husband) then founded a business known as Silver Linings Hunters and Jumpers (Silver Linings).

The intent of the business was raising training and boarding horses. In April 2006, the two were married and began living and working on the Queen Creek property. At the time of the marriage, Wife owned property in nearby Gilbert, Arizona.

During the course of the marriage and subsequent separation, Husband worked 20-30 hours per week for Silver Linings, made improvements to both properties (Queen Creek and Gilbert), and paid utility bills. Wife commingled income from the business with rental income from the Gilbert property in the Silver Lings account. This account was used for business, personal and community expenses throughout the marriage, including mortgage payments for both the properties.

In July 2010, the couple separated. At this time, the Husband was removed from the Silver Linings’ bank account and pay for any work he performed ceased. He did continue to work for Silver Linings until July 2012 when Wife obtained an Order of Protection against him. In October 2012, Husband filed a Petition for Dissolution of Marriage.

Court Ordered Business Valuation Prior to Division of Marital Assets

The family court ordered the parties to complete a business valuation in order to divide the business known as Silver Linings. Wife refused. In March 2013, Husband filed a Motion to Compel Wife to comply with standard discovery requests (i.e. production of bank statements, mortgage information, business records, etc.) The court granted the motion as Wife was openly stating that she refused to share documents or information. The wife continued to refuse to cooperate. 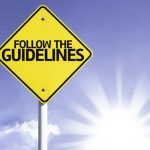 In June 2013 following a settlement conference, the parties agreed the Husband would pay to have appraisals completed of both Queen Creek and Gilbert properties with the costs being subject to reallocation at trial.

The Wife did not cooperate by allowing the appraiser to have access to the properties and the appraisals were not completed before the trial. She also did not provide agreed-upon accounting files for Silver Linings or invoices/receipts in association with the debts and expenses of the business.

The wife did give Husband a summary of her business activities, but without any supporting documentation. After a two-day trial in August and November 2013, the court entered a final decree of dissolution noting the difficulty in valuing the Husband’s interest in the marital assets due to Wife’s refusal to cooperate with the discovery process.

Appealing a Denial of a Motion for New Trial

The wife argued on appeal that the family court’s valuation of the company was arbitrary; that it did not take into account business expenses, tax returns, her testimony, etc. On appeal, overturning a previously established valuation should only be considered if a finding of fact is clearly erroneous.

This occurs when the appeals court establishes that a mistake has been committed. On this record, the Court of Appeals of Arizona found no such error. The family court concluded that Silver Linings was a community business. They admitted there was a lack of documentation that made it impossible to arrive at an accurate assessment of the business’s financial status because Wife did not present any evidence or allow any evidence to be gathered.

Due to the circumstances, the only information the court was provided with which to come to a decision was Husband’s request that he be awarded one-half of the funds received from the business from the time of their separation (when his pay for work performed for Silver Linings ceased) in August 2010 through 2013 as his interest in the business.

The amount this came to was $188,432.44. In support of his request Husband provided statements for two Silver Linings accounts showing deposits received during this time period adding up to more than $480,000. 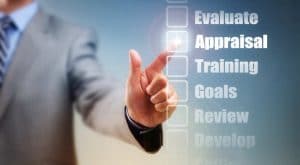 As the reflection of business deposits did not account for reasonable business expenses that would typically be taken into account in determining business income, the court awarded Husband half the amount he requested estimating (absent any evidence from Wife) that half of the company’s income was used to pay expenses.

The remaining amount was then designated as Silver Linings profits and divided equally between the two parties. The family court does hold the discretion to utilize various methods when valuing marital property. The traditional method of business valuation would be completed through analysis and calculation of the assets, debts, income, and operating expenses.

In this instance, the valuation is based on Husband’s testimony, which constitutes a type of evidence in and of itself. So, although the conclusion was not reached using the most common method, it was not arbitrary.

Consequences of Refusing to Participate in Discovery Process

The wife may have offered evidence and testimony on the matter that suggested a different business valuation, but no fault can be found in the approach of the family court under this specific set of circumstances. The Court of Appeals of Arizona will not call into question the family court’s determination of the Husband as a credible witness or the weight given to the conflicting evidence.

Particularly since the court’s method was forced upon them by the Wife’s refusal to cooperate with necessary discovery when using other means of valuing the marital assets. In fact, Wife invited the error she now calls into question as a result of her refusal to provide even the most basic information. In this situation, Arizona state law actually prohibits the appeals court from considering an action in error when the one appealing deliberately led the court to take said action. 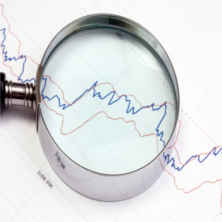 The Wife also argues on appeal that the family court erred in calculating the amount of the lien imposed in Husband’s favor against the Queen Creek property because they did not utilize the formula to consider the value of the property at the time of the dissolution.

As valuation is a question of fact, the appeals court reviews for an abuse of discretion. The formula in question requires figures for the depreciation in value of the real property throughout the course of the marriage, any community contributions, etc.

The family court was unable to obtain any of this necessary information due to the Wife’s lack of cooperation (as stated in court documentation). Without the necessary information, the court awarded Husband one-half the value of the mortgage and utility costs that were made towards and on behalf of the property from the couple’s commingled community funds and applied it to the Queen Creek property amounting to $57,546.

The appeals court agrees that the application of the accepted Valento formula is preferable; however, it was not possible in this instance. In this circumstance, the court retains discretion to value assets according to facts that are available and circumstances of the case. The simple reimbursement method appears to be a reasonable alternative in this instance and the appeals court finds no abuse of discretion.

Similarly, Wife argues that the family court erred in finding the Husband entitled to a portion of the Gilbert property’s value. She argues that she owned the property prior to marriage and that the rental income received from the property paid the mortgage on the home. The family court found community funds applied to the Gilbert property (i.e. mortgage payments, tax, improvements, maintenance, upkeep, etc.).

The wife deposited rent from the Gilbert property in the parties’ community account bank account. As the mortgage payments were then made from the same commingled community bank account, it is assumed that community funds were used. The wife presented no clear evidence to the contrary.

It would appear that there is no error in awarding Husband one-half of the amount paid towards the Gilbert property mortgage during the marriage as the family court based their decision on findings that community funds were used for the payments and those findings are supported by the record.

If you need information about valuing a business in a divorce in Arizona without financial documentation, you should seriously consider contacting the attorneys at Hildebrand Law, PC. Our Arizona divorce attorneys have over 100 years of combined experience successfully representing clients in divorce cases in Arizona.

Chris Hildebrand wrote the information on this page about valuing a business in a divorce without financial documentation in Arizona to ensure everyone has access to information about family law in Arizona. Chris is a divorce and family law attorney at Hildebrand Law, PC. He has over 24 years of Arizona family law experience and has received multiple awards, including US News and World Report “Top Arizona Divorce Attorneys”, Phoenix Magazine “Top Divorce Law Firms”, and Arizona Foothills Magazine “Best of the Valley” award. He believes the policies and procedures he uses to get his clients through a divorce should all be guided by the principles of honesty, integrity, and, quite frankly, actually caring about what his clients are going through in a divorce or family law case. In short, his practice is defined by the success of his clients. He also manages all of the other attorneys at his firm to make sure the outcomes in their clients’ cases are successful as well. 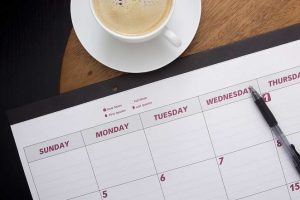 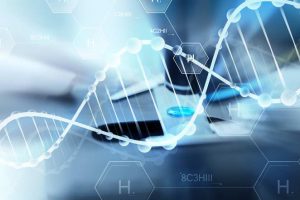