It is important to understand the difference between community property and joint property in an Arizona Divorce.

The case of Valladee v. Valladee is an excellent example of the difficulty posed to the courts when attempting to provide an equitable division of marital assets.

This appeal and cross-appeal resulted from a decree that provided for the division of a number of tracts of jointly held real property.

To understand the nature of both the trial court and the appellate court’s decisions, it is necessary to start at the beginning to obtain the necessary facts.

The marriage of the parties involved took place in Utah in 1966. During the marriage, the couple moved to Arizona where they resided at the time of the dissolution of marriage.

The couple had four children.

The Ute tribe deposited funds into the BIA account at various times. 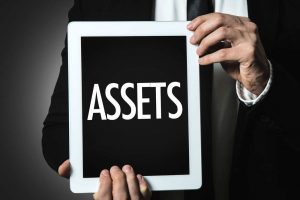 The BIA account had been held by the husband as his sole and separate property since he was a child.

He inherited two parcels of tribal land and sold the land back to the tribe for $50,000.

The funds for the transaction were deposited into the BIA account as the husband’s sole and separate property.

In the late 1970s, the husband made a withdrawal from the BIA account in the amount of $60,000 to provide the down payment on the purchase of five parcels of land.

He had the deed for each of the five parcels of real property drawn up to himself and his wife as joint tenants.

He also created a business account for rental income from the jointly held investment properties and other investment funds he transferred from the BIA account he had held since childhood.

Joint Accounts and Division of Property in a Divorce

The business account was also held jointly between husband and wife.

It was also kept separate from other community accounts.

It was used only for the maintenance and management of the investment properties that the two jointly held.

The husband spent time and skill in managing the properties as well as the financial side of the business.

The couple never spoke of the actual characterization of the business account of five investment properties in regards to separate v. community property.

The wife assumed equal interest due to joint tenancy.

The husband, at the time of the trial, claimed both as his separate property.

He claimed this was always his intention and that they were only placed in joint tenancy to avoid probate and offer “security” to his wife in the event of his death.

Additional investment properties were acquired through the same business account – all placed in joint tenancy with the wife.

At the time the dissolution of marriage was filed the couple held twelve parcels of land in joint tenancy.

Unrelated to the above, but considered in the case due to financial implications is the fact that the wife left the couple’s community home on October 1, 1982, and took $11,000 with her.

$10,000 of the $11,000 was withdrawn from the business account held in joint tenancy but previously set aside strictly for maintenance and management of the investment properties.

The money was spent almost in its entirety within 2 months.

A significant amount of money was spent in a fashion that is clearly not a community expense.

Soon after her departure, she filed for dissolution of marriage.

When the trial court considered the case, the main dispute was the nature of the jointly held properties.

This constituted the bulk of the couple’s marital estate.

The findings of the trial court were that the placement of the properties in joint tenancy combined with the expenditure of the husband’s skill and time created a “presumed gift” to the wife. 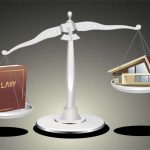 The court held that the husband’s claims (that the joint tenancy was strict to provide his wife with security at the time of his death and to avoid probate) were not sufficient to overwhelm the presumption of gift evident by his actions.

The trial court also found that to complete an equitable distribution of marital assets, the initial source of funds utilized to obtain the investment properties could be considered which left the actual distribution of marital assets slightly unequal in the husband’s favor as the down payment came from sole and separate funds belonging to the husband.

The trial court gave the husband approximately 62% of the jointly held property.

They saw this as effectively reimbursing him for his initial investment of sole and separate funds.

The Court of Appeals of Arizona had to consider two issues on appeal:

The first issue is supported by the well-established rule in Arizona presuming a gift occurs if one spouse places separate real property in joint tenancy.

The Court of Appeals of Arizona found that the trial court acted well within its discretion when determining that the placement of the properties in joint tenancy by the husband constituted making a gift.

The Court of Appeals of Arizona did find, however, that the trial court abused its discretion with the unequal distribution of the jointly held assets as a means of reimbursing the husband for his initial investment when purchasing the properties.

While the wife argued that the husband was not entitled to receive a “reimbursement” of investment funds due to previous rulings that one spouse may not be ordered reimbursed from community property for voluntary expenditures of separate funds unless there is an agreement in place allowing it.

The Court of Appeals of Arizona finds this precedent non-applicable due to the nature of the property.

In this case, the property in dispute is not community property.

It is property held in joint tenancy.

Due to the nature of the property, the Court of Appeals of Arizona based its decision on the law of joint tenancy.

This law may permit reimbursement to a co-tenant who contributed so the issue becomes determining whether the presumption of a gift when a spouse places a separate property into joint tenancy creates a gift to the spouse individually as a joint tenant rather than to the community. 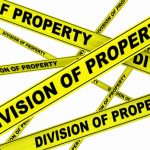 The court found only two cases supporting the claim that the gift would be one to the community and therefore found these cases to be contrary to the majority interpretation of the law on the subject.

Instead, they went with the majority in that the gift is to the noncontributing spouse individually as the joint tenant of the property.

Additionally, the rule traditionally followed in the state of Arizona is that the legal result of holding property jointly is for each spouse (or joint owner) to take an undivided separate property interest in one-half of the property at hand.

Arizona law states that upon dissolution, a jointly held property should be divided equitably between both parties.

This is typically interpreted to mean a substantially equal division except in cases where reason exists to deviate from the norm.

Thus the appeals court found that the trial court abused its discretion when they ordered the unequal division of the jointly held property.

Arizona has a number of precedents for recognizing that the general rules of joint tenancy should apply between spouses.

General joint tenancy rules allow cotenants to contribute for the benefit of the common property, but before a tenant can claim this right there must exist a common obligation or liability among joint tenants at the point in time when the expenditure occurred.

The court questions whether such a common obligation or liability existed between the parties in this instance at the time when the husband used his sole and separate funds towards the down payment during the purchase of the investment properties.

The wife only took an interest once the properties were placed in joint tenancy after the husband had already expended the funds in dispute.

Therefore, using general joint tenancy laws in place in Arizona, the husband does not have the right to seek “reimbursement” or contribution from the co-tenant (the former wife, in this case).

The trial court’s order of reimbursement also presents a clear conflict with the legal presumption of a gift to the wife due to the joint tenancy of the investment properties.

The initial investment of the sole and separate funds would clearly be included as part of the “gift” as it was required in order to obtain the properties in the first place.

To order reimbursement of these funds is found to be both inconsistent and inequitable.

In conclusion, the Court of Appeals of Arizona found that the trial court ruling did, in fact, abuse its discretion in ordering an unequal distribution of joint investment property as well as ordering reimbursement of funds invested during the purchase of the properties.

The trial court decision was reversed by the court of appeals with an order for equitable division of properties between the parties in accordance with Arizona law.

Chris Hildebrand wrote the information on this page about property held as joint tenants with rights of survivorship in a divorce in Arizona to ensure everyone has access to information about family law in Arizona. Chris is a divorce and family law attorney at Hildebrand Law, PC. He has over 24 years of Arizona family law experience and has received multiple awards, including US News and World Report “Top Arizona Divorce Attorneys”, Phoenix Magazine “Top Divorce Law Firms”, and Arizona Foothills Magazine “Best of the Valley” award. He believes the policies and procedures he uses to get his clients through a divorce should all be guided by the principles of honesty, integrity, and, quite frankly, actually caring about what his clients are going through in a divorce or family law case. In short, his practice is defined by the success of his clients. He also manages all of the other attorneys at his firm to make sure the outcomes in their clients’ cases are successful as well.