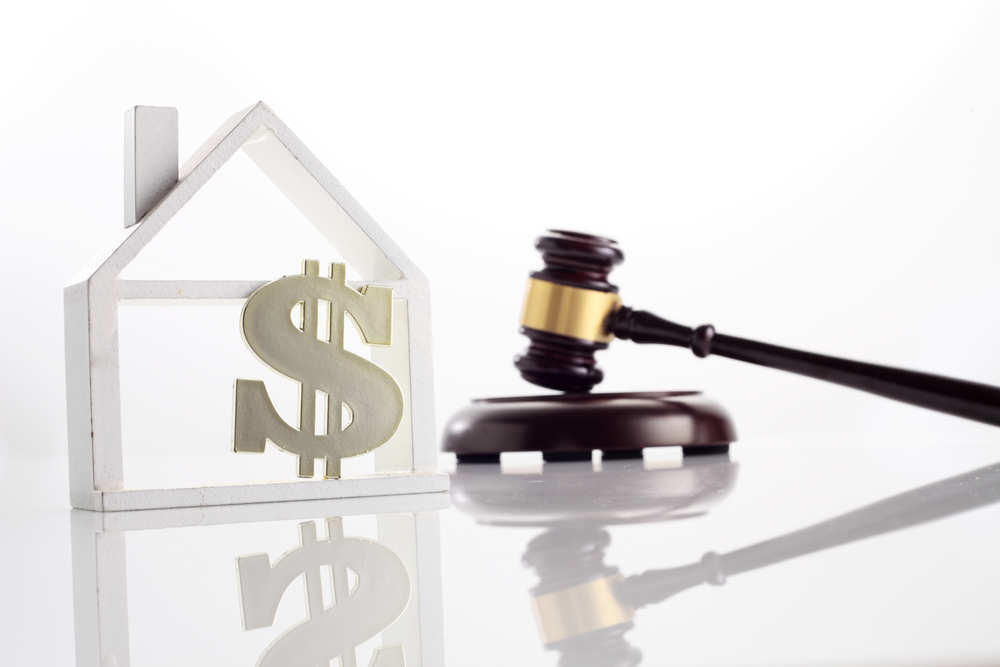 Beneficiary Designations After Divorce in Arizona

The parties, in this case, include Plaintiff Ms. Lazar (“Lazar”), Mr. Kroncke (“Decedent”), and Mark Kroncke (“Kroncke”) the Decedent’s adult son. Lazar was married to the Decedent and they were living in Arizona when he established an individual retirement account (“IRA”) in 1992 with Charles Schwab & Co., Inc. (“Schwab”).

Lazar was named as the beneficiary of the IRA. Lazar remained married to the Decedent until a divorce in 2008.

Though the couple was divorced, Lazar’s name remained without change as beneficiary on the IRA.

After Decedent’s death in 2012, Kroncke requested the IRA proceeds from Schwab. Kroncke was the administrator of his father’s estate (the “Estate”) and requested the proceeds based on the Arizona revocation-on-divorce (“ROD”) statute, A.R.S. § 14-2804.

At that time, Schwab froze the IRA pending judicial review. Lazar filed an action in California, against Schwab, for breach of contract and against the Estate for declaratory relief. Under the Contracts Clause, Lazar challenged the fact that Arizona’s ROD statute was not enacted until 1995 and the IRA had been established in 1992.

The district court in California granted a motion by Schwab to be dismissed as an interpleader and ultimately ordered the case transferred to the District of Arizona pursuant to 28 U.S.C. § 1406(a).

The district court in Arizona held that the pertinent IRA statutes and regulations did not preempt the operation of Arizona’s ROD statute and therefore granted the Estate’s renewed motion to dismiss. The district court stayed the distribution of IRA proceeds pending appeal.

The district court began by looking at and assessing the documents governing the IRA. The two documents were the Schwab Individual Retirement Plan (“the Plan”) and the Schwab IRA Application (the Adoption Agreement”).

The Plan holds the rights and responsibilities of the account holder, and the Adoption Agreement designates beneficiaries.

The district court concluded that Lazar’s argument for a Restatement analysis would achieve nothing.

The second document governing the IRA is the Adoption Agreement which designates beneficiaries. Lazar argued that the distribution of the IRA benefits should be hers based on a combination of statutes and regulations.

It was concluded that these two terms could not be blended, fused, or integrated.

Lazar also argued her claim using the Employee Retirement Income Security Act (“ERISA”) and a Federal Employee Group Life Insurance (“FEGLIA”) policy. In the ERISA case it was ruled for example that a divorce decree,” is ineffective to revoke an ex-wife’s interest as the named beneficiary of an ERISA plan”.

The court in a FEGLIA ruling found that a Virginia statute permitting a current wife to recover funds distributed to an ex-wife was, “preempted as an obstacle to Congress’s intent to establish a clear procedure for designating a beneficiary”.

Lazar was not successful in her arguments as the court found that IRA plans should not be treated in the same manner.

Another argument by Lazar looks to the case of Charles Schwab & Co., v. Debickero, 593 F.3d 916 (9th Cir. 2010). Lazar asserted that federal regulations mandate the distribution of the IRA benefits. The court reiterated that “IRA regulations leave the designation of beneficiaries to the individual account holder”.

Lazar claimed that Arizona’s ROD statute violated her contractual rights when it interfered. The Contracts clause prevents any state from passing a law which, “impairs the obligation of contracts”. Lazar’s Contracts Clause challenge was given a thorough review addressing the merits.

The Eighth Circuit held Oklahoma’s ROD statute unconstitutional as applied to a life insurance policy in which Oklahoma substantially impaired the decedent’s contract with the insurance company when it used the ROD statute to amend the beneficiary in this case.

The findings indicated no contractual impairment had occurred and there was no violation of the Contracts Clause.

The court agreed with the Stillman court and concluded that “no substantial contractual impairment occurred through the application of Arizona’s ROD statute to the IRA and no violation of the Contracts Clause”.

Lazar never had a right belonging completely and unconditionally to her, so she suffered no contractual impairment. As a citizen of Arizona, the Decedent was governed by its law mandating the automatic revocation of any designation of a former spouse through operation of the ROD statute. Since the Decedent did not choose to reaffirm Lazar as his “designated beneficiary” after the divorce, she did not have a vested interest in the IRA.

Based on a Lack of Personal Jurisdiction Lazar lived in Arizona when the Decedent named her as the IRA beneficiary, but following the divorce and the death of her ex-husband, Lazar filed her action in the Central District of California against Schwab for breach of contract when Schwab froze the IRA pending judicial resolution.

Lazar argued that the Estate waived any objection to personal jurisdiction in California by moving to dismiss Lazar’s cross-claim and not Schwab’s counterclaim.

Peterson v. Highland Music Inc. 140 F.3d 1313, 1318 (9th Cir, 1998) was concerned with preventing a litigant from engaging in strategic behavior to test the waters of litigation.

This did not occur in the Lazar v. Kroncke case. The courts concluded that these cases not only did not demonstrate any abuse by the California district court but in fact they actually provided more support for the Estate than for Lazar.

The second part of Lazar’s argument with venue transfer was that the Estate’s contacts with California were sufficient to confer specific personal jurisdiction. The courts used a three-part test to make their determinations about Lazar’s argument:

(1) The non-resident defendant must purposefully direct his activities or consummate some transaction with the forum or resident thereof; or perform some act by which he purposefully avails himself of the privilege of conducting activities in the forum, thereby invoking the benefits and protections of its laws;

(2) the claim must be one which arises out of or relates to the defendant’s forum-related activities; and (

3) the exercise of jurisdiction must comport with fair play and substantial justice, i.e. it must be reasonable. Lazar’s claims were found to be insufficient to constitute purposeful direction. The court also found that the California district court also did not abuse its discretion when it conducted a purposeful availment analysis.

Due to a failure to specifically allege a violation of the dormant Commerce Clause in her SAACC, Lazar’s claim was waived. She asserted before the court that her Commerce Clause argument should be considered anyway. In the cases reviewed by the court for Lazar’s arguments, none of the precedents helped Lazar.

The district court stayed discovery pending resolution of the Estate’s motion to dismiss the SAACC. Lazar argued that she should have been allowed to perform discovery to determine whether the Decedent re-designated her as the IRA beneficiary after their divorce, but there is no dispute Decedent failed to change the designation.

Chris Hildebrand wrote the information on this page about beneficiary designations on insurance and financial accounts in an Arizona divorce to ensure everyone has access to information about family law in Arizona. Chris is a divorce and family law attorney at Hildebrand Law, PC. He has over 24 years of Arizona family law experience and has received multiple awards, including US News and World Report “Top Arizona Divorce Attorneys”, Phoenix Magazine “Top Divorce Law Firms”, and Arizona Foothills Magazine “Best of the Valley” award. He believes the policies and procedures he uses to get his clients through a divorce should all be guided by the principles of honesty, integrity, and, quite frankly, actually caring about what his clients are going through in a divorce or family law case. In short, his practice is defined by the success of his clients. He also manages all of the other attorneys at his firm to make sure the outcomes in their clients’ cases are successful as well.