Division of Debt in an Arizona Divorce | Hildebrand Law, PC

Division of Debt in an Arizona Divorce

Types of Debt in an Arizona Divorce

We get a lot of questions about the division of marital assets.

We get just as many questions about the division of debt in an Arizona divorce. Marital debts are treated the same as marital property.

They will both be included as the family court attempts a fair and equitable division of all marital property.

There are several types of debts in an Arizona divorce including the following:

Separate debts are those that were incurred prior to the marriage and, in some cases, debts incurred by a spouse after the Petition for Dissolution of Marriage has been served on the other spouse.

It is presumed in an Arizona divorce that all debts incurred by either spouse before marriage is the sole and separate debt of that spouse.

It is also presumed in Arizona that all debts incurred after the divorce petition and related documents are served is the separate debt of the spouse incurring the debt.

However, there are exceptions to this general rule.

For example, any debt incurred after the divorce petition is served that maintains or repairs a community asset may be considered a “community debt”.

Stated another way, the debt is not so much of a “community debt” as it is a reimbursement for the maintenance or repair owed by the community by the spouse incurred that debt. 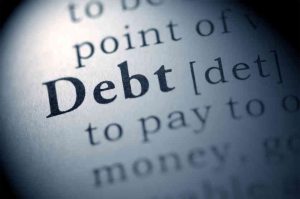 Joint debts simply refer to debts in which both spouses took out credit in both of their names.

Some examples include two spouses who apply for a car loan on a joint application.

Both spouses are responsible for paying the loan to the creditor.

The creditor, likewise, could sue one or both spouses if the loan goes into default.

Technically, joint debts also constitute a form of community debt if the debt was incurred after the people are married.

For example, one spouse applies for a credit card and subsequently spends the card up to its credit limit.

Although only one spouse applied for that credit card, both spouses are legally responsible to the creditor for paying that debt.

However, credit card companies have historically only sued the spouse who applied for the credit card even though they technically could sue both spouses under Arizona community property law. 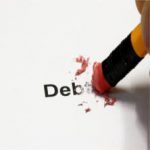 Most people who get married come into a marriage with debts.

These debts are the sole and separate debt of each spouse.

So, what happens when a spouse pays off a separate debt with money earning during the marriage.

Stated differently, what happens when community funds are used to pay off a spouse’s separate debts during the marriage.

Although there is no specific case law in Arizona addressing this scenario, we believe other Arizona case law supports the claim that a spouse has a community lien for the amount of community property that was spent to pay off the separate property of one of the spouses.

We have been successful arguing this very point on behalf of our own clients.

Secured and Unsecured Debts in Arizona

The next thing to consider when dividing debts in a dissolution of marriage in Arizona is whether a particular debt is a secured debt or an unsecured debt.

A secured debt is any debt that is a lien against a piece of property.

As an example, car loans are secured debts.

The creditor has both a lien against the car and a legal right to repossess the car if the owner(s) do not make the payments on the car.

Unsecured debt is any debt where the creditor does not have a lien against any particular asset.

Credit cards are a good example of unsecured debt.

The credit company can sue you, but they do not have the right to repossess any property if you stop making the monthly credit card payments.

However, they can obtain a judgment and start garnishment and other debt collection methods to take assets to satisfy the judgment.

Things to Consider When Dividing Debts in a Divorce in Arizona 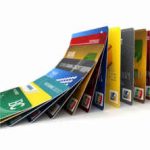 There are different ways of handling a particular type of debt in a divorce based upon what kind of debt we are dividing between a married couple.

Decisions have to be made regarding the best way to handle debts in a divorce, such as:

Should Some or All Debts be Paid off in a Divorce

It is always best to pay off all the debts in a divorce if you can.

The reason is simple.

The less financial ties you have with your former spouse the better.

You do not want to have your credit ruined or, worse, be sued by a creditor if your former spouse stops making payments on debts assigned to him or her.

You can use money in your bank account to pay off debts.

A loan against a retirement account does not have a tax consequence, but the owner of that account will end up paying that loan back.

If a loan against a retirement account is used, the owner of that retirement account can simple reduce his or her spouse’s community property interest in that account by the amount of the loan taken to pay off debts to make things equal again.

Cashing out part of a retirement account is rarely a good idea because it results in income tax and penalties which is costly.

Another option is to sell your home and use the proceeds from the equity in the home to pay off some or all of your joint, common and community debts in a divorce.

How Should Debts Tied to Particular Assets be Handled

Debts tied to particular assets, such as car loans and home mortgages, should be assigned to the spouse being awarded the asset in a divorce.

That debt will be considered when determining how much equity is in the asset for the purpose of fairly dividing property in a divorce.

Debts tied to particular assets should be refinanced to remove the other spouse’s name from the debt.

Language should be included in the final divorce orders requiring a spouse to sell the property to extinguish the debt if the property is not refinanced by a particular date; thus, removing the other spouse’s name from the debt when it is paid off as part of the sale of the asset.

Assigning Debt in a Divorce in Arizona 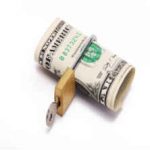 As a general rule, it is a good starting point to list out all the debts and label them as the sole and separate debt of a spouse, joint debt, or a community debt in the name of only one spouse.

Next, you will assign to each spouse the community debt that was taken out solely by each spouse to the spouse who took out the debt.

Total the columns for both spouses to see who is taking one more debt.

The other spouse should then compensate the spouse taking more of the debt by cash or through the division of some other community asset.

We want to divide community debt in only one spouse’s name in this manner to insulate each spouse from having late payments by a former spouse showing up on their credit report and to try to insulate an innocent spouse from being sued by a creditor of the other spouse.

The next set of debts to divide will be unsecured joint debts; those debts in both parties’ names that are not tied to collateral.

If you can pay off just those debts, do it. If not, divide these debts between both spouses as fairly as possible and hope for the best.

Debts, Divorce, and Bankruptcy in Arizona

So, what happens if a spouse who is ordered to pay certain debts in the divorce decree or marital settlement agreement files for bankruptcy.

The answer depends on the type of bankruptcy that is filed, the type of debt he or she is seeking to discharge in bankruptcy and the wording of your settlement agreement or decree of dissolution of marriage.

The result can also depend upon whether the bankruptcy is filed before the divorce is over or after a final divorce decree was entered.

We advise our clients to speak to a qualified licensed Arizona bankruptcy attorney before a divorce is finalized to ensure you are not left on the hook for debts if your spouse files for bankruptcy.

However, setting up a good debt division strategy during your case, as discussed in this article, will minimize your exposure to a bankruptcy filing after your divorce.

The Relationship Between the Division of Debt and Spousal Maintenance

The Arizona Court of Appeal in a memorandum decision discussed the relationship between the division of debts and spousal maintenance in an Arizona divorce in the case of Carroll vs. Carroll.

On appeal, the Arizona Court of Appeals indicated the judge committed an error of law by both awarding the husband much more of the community debt and, also, by awarding wife much less spousal maintenance because of that inequitable division of community debt to the husband.

Instead, the Arizona Court of Appeals decided that the court should have equitably divided the community debt substantially equally between the husband and the wife. The Court of Appeals indicated that a judge must first equitably allocate all property and debt before considering the issue of spousal maintenance and not, as was done in that case, mix the issues of the division of community property and debt with the separate issue of spousal maintenance.

Chris Hildebrand wrote the information on this page about the division of debt in an Arizona divorce to ensure everyone has access to information about the divorce process in Arizona. Chris is a family law attorney at Hildebrand Law, PC. He has over 24 years of Arizona family law experience and has received multiple awards, including US News and World Report “Top Arizona Divorce Attorneys”, Phoenix Magazine “Top Divorce Law Firms”, and Arizona Foothills Magazine “Best of the Valley” award.