The Dangers and Pitfalls of Social Media on Divorce in Arizona

Although we may wish those social media posts didn’t exist, the mere fact of the matter is that they do exist and instructing a client to remove those posts just might get you in big trouble.

Let me explain. A Virginia attorney instructed his client to delete photographs from his client’s social media Facebook page that, well, might have been damaging to his wrongful death lawsuit. Some background may be in order.

Mr. Lester, unfortunately, lost his wife due to a fatal traffic accident and was suing Allied Concrete Company for the loss of his wife. Mr. Lester’s attorney discovered his client, after his wife’s passing, posted a picture on his personal Facebook page depicting him holding a beer and wearing a t-shirt emblazoned with “I [heart] hot moms.” Upon discovering the post, Mr. Lester’s attorney, through his legal assistant, instructed Mr. Lester to “clean up” his Facebook page because they didn’t want “blow-ups of other pics at trial.”

Although it seems obvious we would not instruct our clients to delete relevant evidence from their computers or destroy any evidence in a case, it either didn’t dawn on Mr. Lester’s attorney, or he chose to disregard the potential for sanctions relating to spoliation of social media evidence.

Whether a matter of mere oversight or intentional disregard, the penalties imposed upon Mr. Lester ($522,000.00) and his client ($180,000.00) were nonetheless significant. We sometimes learn valuable lessons from the mistakes of others. Attorneys just cannot instruct clients to destroy evidence, including deleting posts from their clients’ social media pages.

Attorneys should also be aware that deleted information from Facebook may still be retrieved by issuing a proper subpoena to Facebook containing the correct “language” to retrieve deleted posts.

Constitutional Rights Regarding Social Media and Divorce in Arizona

The Arizona Court of Appeals in the case of Nash vs. Nash addressed an appeal of a trial court’s order prohibiting a parent from disparaging the father on her social media accounts. In that case, the parties’ joint custody agreement, which the court approved, included the following language: 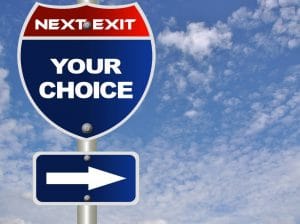 A few days later, at Father’s request, the court-approved parenting coordinator issued the following recommendation: “Mother is cautioned against communicating about Father in a negative and pejorative way, especially using social media. Most recently, it has been brought to the [Parenting Coordinator]’s attention that Mother has “tweeted” about Father in an unflattering way.

Mother is entitled to her own feelings about Father. However, using social media in a divorce case to tell the world how she views Father is insensitive to Father’s role in relation to his children. If parents of the children’s friends, for example, were to view Mother’s comments, it could negatively influence the parents and their children regarding the Nash children. The [Parenting Coordinator]’s concern is the collateral effect on the children. The mother must stop these activities.”

The superior court issued the following order adopting the parenting coordinator’s recommendations: “With respect to the allegations [about the tweet], the parties are reminded that the [joint custody agreement] is an Order of the Court. Violation of the terms of the [joint custody agreement] is not solely a matter resolved by the Parenting Coordinator but is enforceable by the Court. The lifespan of social media is indefinite.

Distribution of social media postings cannot be effectively controlled or contained. Disparaging comments made by either party regarding the other party violates the [joint custody agreement] and is likely, over time, to be viewed by the minor children. The parties are reminded that such conduct is prohibited.”

The mother argued the order violated her First Amendment right to free speech. The order prohibits the parties from posting “disparaging comments” about each other and their divorce on social media. Prior restraints on speech are the most serious and least tolerable infringement on First Amendment rights. Although not all prior restraints are invalid, they come with a heavy presumption against constitutional validity.

The “presumption of invalidity can be overcome if the restriction … serves a compelling governmental interest, is necessary to serve the asserted [compelling] interest, is precisely tailored to serve that interest, and is the least restrictive means readily available for that purpose.” Orders barring a parent from disparaging the other in front of the children are common in dissolution matters.

Nevertheless, general concern for the best interests of the children will not necessarily allow a court to broadly restrain a parent from making disparaging comments about the other to third parties on social media accounts Mother argued the order in a divorce at issue here cannot survive constitutional scrutiny.

But in the joint custody agreement that the superior court entered as an order upon their request, she and Father agreed to certain restrictions on their speech by pledging to “model respect for the other parent in their interactions with the children” and not to “disparage the other party to the children.” 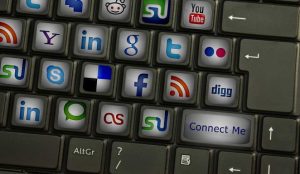 The mother argued the order at issue goes beyond her agreement not to disparage Father in comments made directly to the children. As she argued, the order encompasses comments she might make to others outside the presence of the children, by way of Twitter or any other social medium.

The Court of Appeals, however, took judicial notice of the fact that, depending on the circumstances, comments Mother posted on social media about Father may not remain private but may make their way to the children, perhaps in very short order. This is particularly true because Father has a highly visible profile as a professional athlete.

Accordingly, the Court of Appeals could not accept Mother’s argument that the order was invalid simply because it goes beyond the letter of the parties’ agreement to refrain from making disparaging remarks about the other in the presence of the children.

On the contrary, to the extent that the order prohibited Mother and Father from disparaging the other by way of public remarks that are likely to make their way to the children, the order is true to the spirit of the parties’ agreement. For all of those reasons, the Court of Appeals agreed that Mother had to calm her Twitter fingers down.