Domestic Violence and Divorce in Arizona

Effect of Domestic Violence on Divorce in Arizona

We all know that domestic violence and divorce in Arizona is a serious problem, but many of us have done little to nothing to prevent it. With the escalating number of abusive relationships in our society, it is well past the time we all take a look at the effects of domestic violence in Arizona.

Many people are aware domestic violence has a negative impact on the victim. It is also important to be mindful of the fact that the longer that the abuse continues, the more negative those effects will be. It is vital that the victim recognizes the abuse and removes themselves from the situation for their physical, emotional and psychological health. If this doesn’t happen, the adverse effects become increasingly more significant. 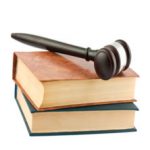 Physical injuries occur in at least 42% of women and 20% of men who remain in domestic violence situations. More severe injuries can occur when the abuse is frequent or particularly harsh, but some of the most common physical indications include bruises, lesions, cuts, headaches, back pain, broken bones, pregnancy complications, gynecological injuries, sexually transmitted diseases, gastrointestinal disorders, heart and/or circulatory conditions, etc.

Emotional abuse can occur in situations where there is also physical abuse or it can occur without apparent physical abuse. Regardless of whether the abuse is best described as physical, emotional or verbal, it can result in severe psychological consequences in the victim and others in the household witnessing the abuse. Common psychological effects include anxiety, suicidal behavior, depression, loss of hope for the future, inability to trust, low self-esteem, sleep disturbances, flashbacks, inability to concentrate, fear of intimacy, etc.

In addition to the negative effects noted above, there are also social effects of living with domestic violence. The negative social effects are often the thing that actually restricts the victims in their ability to leave the situation and often include: control of access to services intended to provide assistance to the victim, strained relationships with employers, health care providers and other authority figures who could essentially provide assistance, isolation from loved ones or other support system, etc.

What is Domestic Violence in Arizona

Domestic violence is misunderstood in many Arizona divorce and child custody cases.

Many divorce and child custody cases hinge on whether domestic violence occurred.

So, what is domestic violence in an Arizona child custody case?

It may surprise you that a spouse can be a bad person who does very bad things to you but, despite that fact, has not committed an act of domestic violence.

It may also surprise you to hear that a counselor or self-professed “domestic violence expert” should not be permitted to give an opinion in court whether an act or series of acts constitute domestic violence because that determination calls for a conclusion of law that may only be decided by a judge.

Definitions of Domestic Violence in Arizona

The Arizona Court of Appeals in the published case of Engstrom vs. McCarthy answered the question of what is domestic violence in Arizona.

The trial court, in that case, awarded mother sole custody after finding the father had committed significant acts of domestic violence against the mother.

Father appealed that decision and the court of appeals overturned the trial court’s finding that father committed domestic violence against mother.

At trial, Mother testified Father had done some pretty bad things to her, including Father allegedly coercing Mother into participating in online sexual activity, having sex with prostitutes, threatening to have affairs or leave Mother if she didn’t sexually gratify him, driving by Mother’s work to ensure she was there, and manipulating the children to further control Mother.

The Arizona Court of Appeals found that an expert’s declaration of what he or she believes constitutes domestic violence is not legally binding on the court.

The Court of Appeals found that in Arizona, the legislature has defined a list of what acts constitute domestic violence. 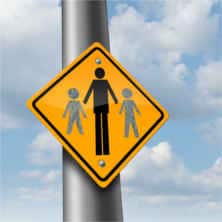 Mother attempted to argue that the concept of what constitutes domestic violence was a nebulous concept that is constantly evolving and can take many forms.

The Court Appeals concluded that it agreed domestic violence can take many forms but found that neither statutes or case law defines domestic violence as a nebulous concept subject to ad hoc facts, particularly when a parent’s fundamental rights to the care, custody, and control of their children are at stake.

The Court of Appeals remanded the case back to the trial court to allow the trial court to consider all the testimony to determine if Father’s conduct met the statutory definition of domestic violence as those offenses are outlined in that statute.

If not, it doesn’t matter how reprehensible father’s conduct may have been – it wasn’t domestic violence.

The following list outlines all of the acts that are considered domestic violence in Arizona:

Many people’s belief that a person who commits reprehensible acts is a perpetrator of domestic violence.

That is simply not true. It may make him or her a very bad person, but they do not meet the criteria to be found as a perpetrator of domestic violence in Arizona.