Home » Six Things You Must Know About a Divorce in Arizona | Hildebrand Law, PC » Can My Spouse Be Ordered to Pay My Attorney Fees in Arizona

Some people ask can my spouse be ordered to pay my attorney fees in an Arizona divorce? The Arizona divorce laws permit the Court to order one spouse to pay some or all of the other spouse’s attorney fees and costs.  Although there are many different statutes that provide the court with this authority, the most cited statute is A.R.S. 24-324.

The Arizona Court of Appeals in the Myrick v. Maloney case provided a good discussion from the court of appeals regarding a judge’s discretion to balance both factors (reasonableness and disparity in financial resources) to award or decline an award of attorneys fees.

Maloney relied upon an appellate case interpreting Arizona Revised Statute Section 25-324, which held a court could consider the disparity in the two litigating parties’ incomes as a basis for an award of attorney’s fees and costs.

The Arizona Court of Appeals noted wife’s reliance on that the prior appellate court decision was misplaced because it pertained to an interpretation of an older version of the statute that predated the subsequent amendment to Arizona Revised Statute Section 25-324 that occurred in 1996.

The 1996 amendment to the statute added a second factor to be considered by a judge when ruling on a request for an award of attorney’s fees and costs; specifically, the additional requirement that the judge also considers the reasonableness of the parties’ positions.

Thus a financial disparity in the two parties’ incomes is no longer, by itself, considered to be an exclusive or predominant consideration for an award of attorney fees.

Financial disparity alone does not require a judge to award a party attorney fees in a divorce or other family law case. This same section also makes it clear that a judge has the discretion to deny a request for an award of attorney fees after the judge has considered both the disparity in the parties’ incomes and the reasonableness of their respective positions. 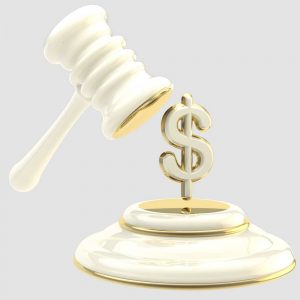 Also in regards to Section 25-324, Maloney argued that the trial court made no findings of fact in support of its decision to deny her an award of attorney’s fees or costs.

The person appealing a trial court’s decision (“Appellant”) carries the burden of proving the trial court erred to prevail on his or her appeal to the court of appeals. In this case, no transcript of the hearing or documentation of a responsive filing to Myrick’s objection to the request for attorney’s fees was provided by Wife in her appeal.

Therefore, the Arizona Court of Appeals had no evidence before it to establish the trial judge abused his discretion, so the appellate court must presume the trial court did not abuse his discretion.

Maloney also cited Arizona Revised Statute Section 25-403.8 in support of her request for attorney fees. The appellate court concluded that a particular statute authorizes a court to award a party attorney fees as a temporary order to enable a party who is otherwise unable to afford an attorney to hire an attorney.

The statute, however, does not apply to a final award of attorney fees upon the completion of the case. The Arizona Court of Appeals determined the trial court did not err or abuse his discretion when he denied Wife’s request for an award of attorney’s fees.

Attorney Fees in an Arizona Divorce

So, we know the family court is allowed to award attorneys’ fees after it considers the financial resources of both parties and the reasonableness of their positions during the divorce proceedings.

The unpublished case of Flynn v. Rodrick leaves the Court of Appeals of Arizona considering whether both a disparity in financial resources and an unreasonable opponent are required in order for the court to award attorneys’ fees in an Arizona Divorce. Lois Ann Flynn (Wife) filed a petition for divorce in 2011.

A trial was held on May 2013 after a number of pretrial motions and discovery disputes occurred during the case.  The Decree of Dissolution of Marriage was entered on December 2013. In the divorce decree, Wife was awarded child support, the marital assets and debts were divided, and Wife was awarded reasonable attorneys’ fees and costs based on the disparity in financial resources because Charles David Rodrick (Husband) had considerably more resources available to contribute towards attorneys’ fees and costs.

The award was based upon the disparity in the financial resources available to each spouse.  The wife was ordered to provide requested documentation in support of an application for a partial award of attorney fees and costs by December 9, 2013, including the required China Doll Affidavit and a form of order for the judge to sign.

Father was ordered to file written objections by December 23, 2013. Upon review of the documentation and objections, the Court determined the amount of the award.  Ultimately, the Court entered a judgment in favor of Wife for $50,000 in attorney fees and costs plus interest and Husband appealed in a timely manner.

What it Takes to Be Awarded Attorney Fees in a Divorce

The husband argued that the Family Court abused its discretion in this case when it granted the attorney fee and cost award to Wife of attorney’s fees and costs to Wife.  Arizona Revised Statute Section 25-324(A) provides that Family Court with the ability to award attorney’s fees once after it considers the financial resources of both parties, as well as the reasonableness of their positions during the court proceedings.

Some prior case law held that the reasonableness of the parties’ positions and the parties’ financial resources are two separate considerations. The separation of the two led to the conclusion that an applicant for an award of attorney’s fees is not required to show both a financial disparity and an unreasonable position held by their opponent in order to be awarded attorney fees in an Arizona divorce case.

The Arizona Court of Appeals reviewed the award for an abuse of discretion. In order for the Court to find an abuse of discretion, there must either be no evidence supporting the conclusions of the Family Court or the reasons offered must be legally incorrect, clearly untenable, or represent an obvious denial of justice.

When there is no request for findings and specific findings of fact are specified by the Family Court, the Arizona Court of Appeals must assume that the divorce court considered relevant factors, found all necessary facts to support the ruling and must affirm so long as there is any reasonable construction of evidence that supports the decision. 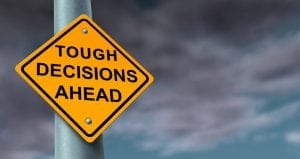 The Basis of the Award of Attorney Fees

The Family Court concluded that there existed between the two parties a financial disparity warranting an award of attorney’s fees and costs to Wife. The husband claims that the record does not support the Family Court’s findings, and in support of his argument that there was an abuse of discretion, he cites his own testimony.

The husband in Flynn v. Rodrick argues on appeal that Wife’s application for attorney’s fees is unreasonable. After reviewing the Husband’s brief, the Court understands his argument to be that the billing statement was lacking in detail, that the billing rate was too high, and hours were over-billed.

The Court disagrees with Husband’s arguments and finds Wife’s application for attorney’s fees and costs to be reasonable. The Arizona Court of Appeals affirmed the Family Court’s Judgment and Award of Attorney’s Fees and Costs. 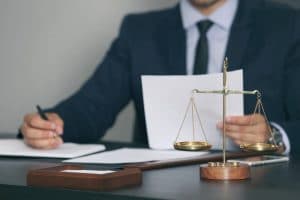