Merger or Incopriation of Settlement Agreement in Arizona

Home » Six Things You Must Know About a Divorce in Arizona | Hildebrand Law, PC » Merger or Incorporation of Settlement Agreement in Arizona

Merger or Incorporation of Settlement Agreement in Arizona

Merger or Incorporation of Settlement Agreement in Arizona

If you are settling your divorce, you should know about the merger or incorporation of a settlement agreement in Arizona. You may have wondered if you can change the orders in an Arizona divorce decree and, if so, how you alter the orders in an Arizona divorce decree. The answer depends upon whether the court has the authority to modify the final decree of dissolution of marriage and how you go about changing those orders if the court lacks the power to alter the decree of legal separation.

Fortunately, the Arizona Supreme Court answered these questions in the case of LaPrade v. Laprade. Sarah LaPrade and her husband, Arthur LaPrade, signed a post-nuptial agreement dividing their personal property and awarding spousal maintenance to Sarah in the event the parties were ever to divorce.

After the marriages were dissolved, Sarah and Arthur submitted two separate amended agreements to the court, which the court also adopted orders of the court. Arthur subsequently married another woman but maintained a cordial relationship with his former wife, Sarah.

Modification of Post-Nuptial Agreements After Divorce

The Arizona Supreme Court held that agreements that are merged into orders are not enforceable as separate independent contracts and the court’s orders enforcing some provisions of those agreements may have been deemed unenforceable.

Effect of Merger on Post-Nuptial Agreements 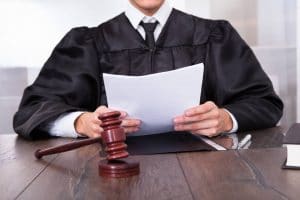 The reason for such an outcome is that an agreement that merges into a decree is considered to no longer exist because the order supersedes it. Furthermore, if the court lacked jurisdiction to issue the orders outlined in the merged agreement, the decree or order may be set aside; hence, leaving the parties with no agreement or order to enforce.

However, if the agreement, order, and/or the parties actions demonstrate an intent that the agreements remain separately enforceable contracts that are merely incorporated, but not merged, into the decree, the agreements themselves may be enforced as contracts regardless if the court did or did not have jurisdiction to ratify those agreements as the orders of the court.

The Arizona Supreme Court found the trial court had jurisdiction to modify the provisions of the agreements about spousal maintenance because Arizona Revised Statute Section 25-319 specifically extends the jurisdiction of the trial court to modify spousal support after the issuance of the decree until such time the term of the award expires.

This is not to say parties cannot file a motion to reopen the divorce decree to change the terms of that decree, but they cannot simply file subsequent agreements purporting to modify the existing language in the divorce decree about the division of property or debts. 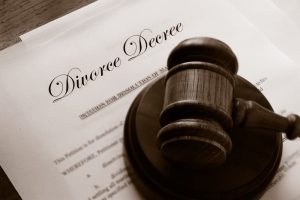 The Arizona Supreme Court concluded that the evidence presented established the parties did not intend to merge their agreements into the orders issued subsequently to the initial decree of dissolution of marriage. Those agreements, therefore, could be enforced as separate independent contracts despite the trial court lacking jurisdiction to modify the terms of the final decree of dissolution of marriage pertaining to the division of the parties’ personal property.

The take away from this case is that parties in an Arizona divorce should give careful consideration to the legal implications of merging their settlement agreements into their final decree of dissolution of marriage. Or,  you should consider whether you should just incorporate the terms of their agreement into the final decree of dissolution of marriage.