Home » Change in Circumstances for a Child Custody Modification in Arizona

Change in Circumstances for a Child Custody Modification in Arizona 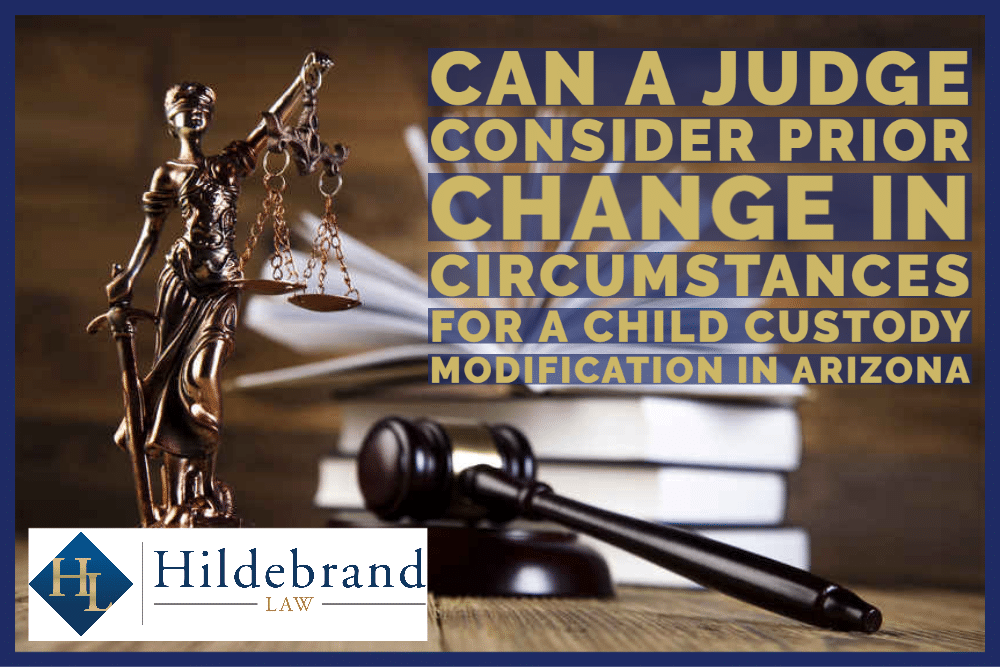 In Arizona, a parent must show a substantial and continuing change in circumstances has occurred that justifies a trial to determine if a change in custody of a child should be ordered.

This means that a parent must file a petition to modify child custody and that petition must include new allegations of specific facts demonstrating that sufficient changes have occurred since the last child custody order was entered before a trial can be scheduled.

If a parent fails to demonstrate a sufficient change has occurred since the last child custody order was entered, the petition for modification of child custody is denied and the trial is not scheduled.

It is important to note that the alleged changes cannot be based only allegations of events that occurred before the last child custody order was entered.

Prior Allegations in a New Petition to Modify Custody

The mother argued the father could not include any allegations in his petition for modification of custody that predated the issuance of the last custody order.

On a related note, the Arizona Supreme Court also ruled that a petition to modify custody of a child must state specific facts and cannot simply be conclusory statements.

Furthermore, the Supreme Court indicated a court is required to schedule a trial if the other parent files a contravening affidavit disputing the facts alleged in the other parent’s affidavit of changed circumstances because a trial court cannot conduct a “trial by affidavit” by judging the credibility of the statements in the competing affidavits.

Chris Hildebrand wrote the information on this page about the modification of child custody in Arizona to ensure everyone has access to information about child custody laws in Arizona. Chris is a family law attorney at Hildebrand Law, PC. He has over 24 years of Arizona family law experience and has received multiple awards, including US News and World Report “Top Arizona Divorce Attorneys”, Phoenix Magazine “Top Divorce Law Firms”, and Arizona Foothills Magazine “Best of the Valley” award. He believes the policies and procedures he uses to get his clients through a child custody case should all be guided by the principles of honesty, integrity, and actually caring about what his clients are going through.