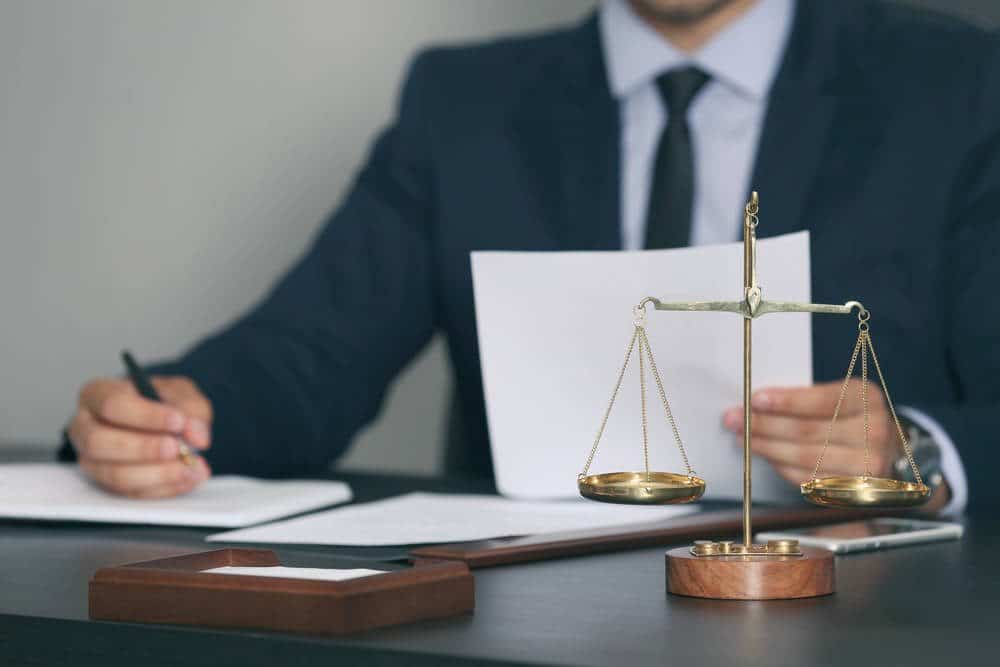 The Arizona Court of Appeal in the case of Demario v. Demario had to determine, among other things, the role of the best interest attorney in an Arizona child custody case.

Christie May DeMario (“Mother”) appeals from certain rulings in the superior court’s decree of dissolution, the denial of her motion for new trial, and the award of attorney’s fees to Eric David DeMario (“Father”).

For the reasons set forth below, we affirm the rulings and the judgment, as modified. Mother and Father were married in September 2011, and their daughter was born a month later.

In August 2012, Mother filed a petition for legal separation, which was later converted to a petition for dissolution. The superior court appointed a best-interests attorney (“BIA”) for the child. See Ariz. Rev. Stat. (“A.R.S.”) § 25-321 (2016). Two years later, the court discharged the BIA and thereafter set a trial to determine the contested issues of legal decision-making and parenting time, child support, and reallocation of fees.

Following a one-day trial in January 2015, the superior court entered a decree of dissolution of marriage, awarding Father sole legal decision-making authority and Mother parenting time and ordering Mother to pay $400 per month in child support, $1,600 in child support arrearages and $1,600 of the custody evaluator’s fees.

The court later denied Mother’s motion for new trial and awarded Father attorney’s fees of $25,000. Mother timely appealed. We have jurisdiction pursuant to Article 6, Section 9 of the Arizona Constitution and A.R.S. § 12-2101(A)(1), (5)(a) (2016). We cite the current version of applicable statutes when no revisions material to this decision has since occurred.

Mother argues the superior court erred in considering statements made by the BIA as evidence on the issue of custody. A best-interests attorney may advocate for the child and urge the court to reach a particular result based on the evidence presented. Aksamit v. Krahn, 224 Ariz. 68, 71, (App. 2010).

Conversely, a best-interests attorney may not give a substantive report, however denominated, that the court relies upon as evidence. Id. at 72-74. We review the court’s interpretation of a rule of procedure de novo. Felipe v. Theme Tech Corp., 235 Ariz. 520, 524, (App. 2014).

Initially, Mother argues the superior court erred in denying her February 2013 motion to strike statements made by the BIA and her November 2013 motion for recusal of the BIA. The gravamen of her complaints was that the BIA had told third parties involved in the case that Mother was mentally ill and possibly suffered from Munchausen’s Syndrome by Proxy.

Mother withdrew motions she had filed in February 2013 seeking recusal/removal of the BIA and a new hearing/trial based on complaints about the BIA and, thus, has waived on appeal the arguments raised in those two motions. See Amparano v. ASARCO, Inc., 208 Ariz. 370, 374, (App. 2004) (failure to raise an issue in the superior court constitutes a waiver of the issue on appeal). Decisions of the Court on temporary orders are not subject to review on appeal. See Villares v. Pineda, 217 Ariz. 623, 624-25, (App. 2008) (temporary orders not appealable).

Mother continued to argue this issue at trial, several months after the BIA was discharged, but the court made clear on the record that it did not consider the BIA’s (asserted) statements as substantive evidence or rely on them in deciding custody. Cf. Aksamit, 224 Ariz. at 73- 74.

Although Mother argues the BIA’s statements “corrupted” the findings of Dr. Brian Yee (the custody evaluator) and Dr. Alvin Burstein (the independent psychiatric evaluator) on the issue of Mother’s mental health, the record simply does not bear out that suggestion.

Mother also argues the superior court abdicated to Dr. Yee and Dr. Burstein its responsibility to determine the best interests of the child.

The court may consider an expert’s opinion, but it must weigh the evidence itself, and may not simply adopt the findings of an expert witness or delegate the best-interests determination to such a witness. Christopher K., 233 Ariz. at 301-02, (citations omitted). We presume the superior court has considered the evidence presented before making its decision. Fuentes v. Fuentes, 209 Ariz. 51, 55-56, (App. 2004) (citation omitted).

In making its best-interests findings, the superior court stated it “considered the evidence, including the demeanor of the witnesses, reviewed the exhibits as well as the case history, and considered the parties’ arguments.” In so doing, the court made independent findings, supported by the evidence presented, regarding the child’s best interests.

Mother particularly challenges the court’s finding that Mother has significant mental health issues, including anti-social personality disorder and hypervigilance. See A.R.S. § 25-403(A)(5). The court gave careful consideration to the evidence regarding Mother’s mental health, and it clearly set forth the evidence the court considered to be credible on the issue. Because the record supports this finding, we find no abuse of discretion.

Mother obliquely contends the superior court erred in considering Dr. Burstein’s report because his evaluation failed to comply with the protections of Arizona Rule of Family Law Procedure 63. But Mother did not object to the report on this basis, nor does she argue how this purported failure was prejudicial. Mother does not suggest she lacked time to obtain a second mental-health evaluation, and indeed she offered Dr. D.J. Gaughan to rebut Dr. Burstein’s opinion.

Mother argues the superior court erred by failing to give greater weight to evidence of domestic violence, including allegedly abusive text messages Father sent in December 2011. See A.R.S. §§ 25- 403(A)(8), -403.03(B). However, although she provided more than 5,000 pages of documentation to Dr. Yee to consider in rendering his opinion, she did not provide him with the text messages.

Mother and her mother testified about other alleged incidents of domestic violence, but the court did not find either of them credible. We defer to the superior court’s determinations of witness credibility and the weight to give the evidence. See Gutierrez v. Gutierrez, 193 Ariz. 343, 347, (App. 1998).

Mother suggests the superior court’s allocation of holidays is “inconsistent and ambiguous.” Mother does not clearly develop this argument in a manner that permits us to address it. See Polanco v. Indus. Comm’n of Ariz., 214 Ariz. 489, 491 n.2, (App. 2007) (declining to address the merits of argument mentioned in passing in opening brief).

Mother disputes that Father’s Affidavit of Financial Information (“AFI”) was complete or accurate. However, because Mother did not object to the admission of Father’s AFI at trial, she may not contest it on appeal. See Trantor, 179 Ariz. at 300.

Mother also disputes the $338 per month childcare credit, contending the child’s daycare costs are paid by Social Security, but she does not cite the record in support. See Flood Control Dist. of Maricopa County v. Conlin, 148 Ariz. 66, 68 (App. 1985) (appellate court will disregard statements of fact that lack appropriate citation to the record and are not supported by the record); see also ARCAP 13(a)(7).

Indeed, Mother conceded that Father’s records indicate he pays between $117 and $167 per week for daycare. Accordingly, reviewing the award for an abuse of discretion, we discern no error.

Mother contends she is entitled to a credit for child support paid pursuant to a temporary order from October 1, 2014, through January 31, 2015, against the $1,600 judgment for past child support during the same four-month period. Father does not dispute that the judgment was based on the superior court’s finding of current support retroactive to October 1, 2014, nor does he dispute that Mother was current on child support through the entry of the decree. On this basis, we modify the judgment to reflect the amount owed by Mother to Father in past child support is $1,367.48.

When it appointed Dr. Yee as the custody evaluator, the superior court ordered that his fees up to $2,500 would be paid by the Office of Public Defense Services, with Father paying the balance subject to reallocation. Thereafter, the parties agreed that allocation “for any and all professional and evaluator fees” would abide the trial. After the trial, the superior court reallocated to Mother $1,600 of the $3,600 Father had paid to Dr. Yee based on the “unusually extensive amount of collateral documentation”

Mother presented to Dr. Yee. On appeal, Mother states, without argument, that the court erred by making the reallocation. We disagree. The court had authority to allocate Dr. Yee’s fees based on the financial circumstances of the parties, and Mother has not shown the court abused its discretion in directing her to pay a portion of those fees. See A.R.S. § 25-406(B) (2016).

Lastly, Mother argues the superior court erred in denying her request to allocate to Father a portion of the fees she incurred for supervised parenting time with the child. The court concluded that Mother was responsible for the conduct that led to the restrictions imposed on parenting time. Again, deferring to the court’s determination of witness credibility and weight to give the evidence, we discern no error. See Gutierrez, 193 Ariz. at 347.

Both parties’ AFI’s were in evidence, and both parties testified about their finances. The court’s findings with regard to financial resources and the reasonableness of the parties’ positions were supported by the evidence, and its decision to award Father a portion of his attorney’s fees was not an abuse of discretion.

“An abuse of discretion exists when the record, viewed in the light most favorable to upholding the trial court’s decision, is devoid of competent evidence to support the decision.” Little v. Little, 193 Ariz. 518, 520, (1999) (internal quotation and citation omitted).

Essentially, Mother contends the superior court’s legal decision-making and parenting-time order was erroneous because the court did not consider all evidence bearing on the child’s best interests. See Hays, 205 Ariz. at 103, (courts must consider all relevant evidence relating to children’s best interests in custody disputes).

However, unlike in Hays, the court, in this case, did not exclude any evidence that had an “especially significant effect” on its ability to determine the child’s best interests. It is apparent from the record that the court properly addressed the best-interests inquiry. We defer to the court’s assessment of Mother’s credibility and the weight it gave to the conflicting evidence. See Gutierrez, 193 Ariz. at 347. Accordingly, we discern no error in the court’s denial of the motion for a new trial.

For the foregoing reasons, we affirm the decree as modified and the award of $25,000 in attorney’s fees to Father. In the exercise of our discretion, we deny Father’s request pursuant to A.R.S. § 25-324 for an award of attorney’s fees on appeal. As the successful party, Father is entitled to an award of costs on appeal upon compliance with Arizona Rule of Civil Appellate Procedure 21.