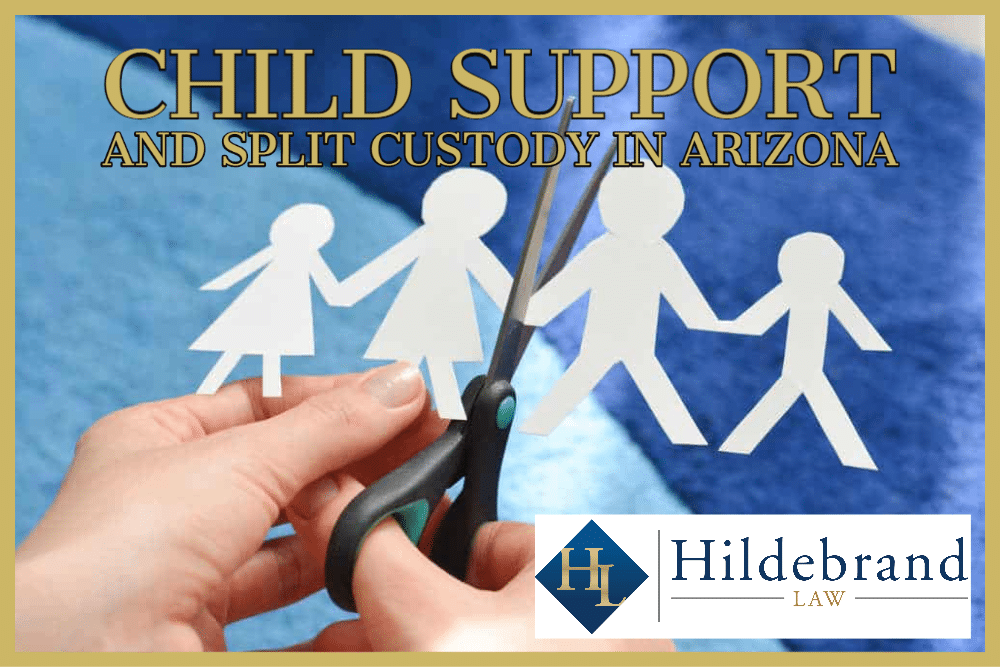 There are times when parents have more than one child and have different parenting time schedules with their children. In these cases, the parent obligated to pay child support spends a different amount of parenting time with each child known as split custody.

The amount of time a parent spends with his or her children has a direct impact on the calculation of child support in Arizona.

The question becomes how should a court calculate child support when a parent is spending a different amount of parenting time with each child. Well, the Arizona Court of Appeals in a published decision in the case of Mitton vs. Mitton answered that question.

In the Mitton case, the parties had three children.

Father had equal parenting time with two of the children, but the third child continued to reside with the mother full time.

The trial court added the two worksheets together to arrive at a final child support amount.

Father appealed on the basis that he believed the resulting child support amount overstated what he should be paying.

This is because some of the children’s necessities, such as shelter, do not increase significantly for the custodial parent as more children are included in a child support calculation.

In viewing how other state courts have dealt with this issue, the Arizona Court of Appeals concluded the correct way to calculate child support in Arizona when the parents split custody of the children is to, instead, total the number of days father spends with each child per year, divide that number by the number of children subject to the support order and then add that figure as the average number of parenting time the non-custodial parent spends with the children.

Once that number is calculated, one child support worksheet is used to determine the non-custodial parent’s child support.

It is important to note that this calculation is to be used when parents spend a disproportionate amount of time with at least one of the parents’ children.

The “two child support worksheet” method used by the trial court, in this case, would have been appropriate under the Arizona Child Support Guidelines if each parent had primary physical custody of one child each.

Chris Hildebrand wrote the information on this page to ensure everyone has access to information about child support and family law in Arizona. Chris is a child support and family law attorney at Hildebrand Law, PC. He has over 24 years of Arizona family law experience and has received multiple awards, including US News and World Report “Top Arizona Divorce Attorneys”, Phoenix Magazine “Top Divorce Law Firms”, and Arizona Foothills Magazine “Best of the Valley” award. He believes the policies and procedures he uses to get his clients through a child support case should all be guided by the principles of honesty, integrity, and, quite frankly, actually caring about what his clients are going through in child support or family law case.