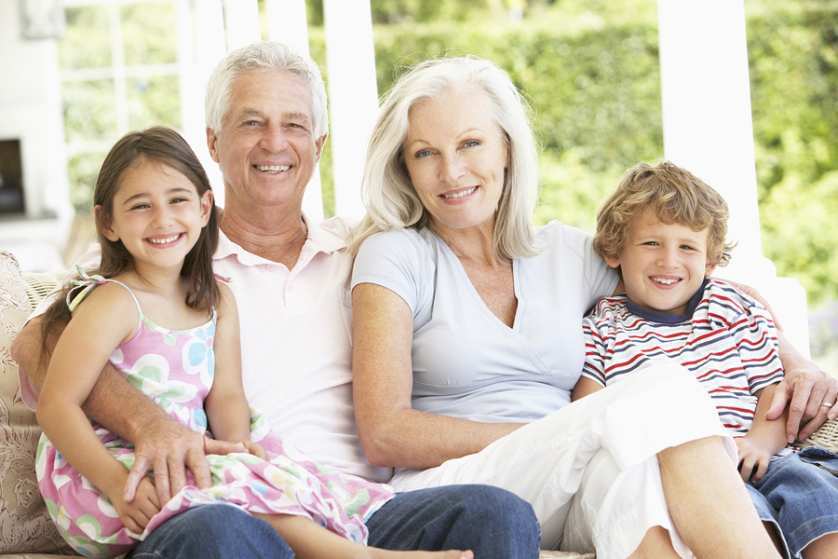 Grandparents who want to spend time with their grandchildren need to know if the court has the authority to issue temporary orders for grandparents visitation in Arizona. Well, the Arizona Court of Appeals answered that question in the case of Lambertus v. Porter.

The Arizona Court of Appeals addressed a Special Action appeal in the grandparent’s visitation case of Lambertus v. The Honorable Gerald Porter. The case began as a paternity case with Linda Faye Day-Strange seeking to establish paternity to establish Tyler Day (“Father”) as the natural father of their child.

Father signed a Voluntary Acknowledgement of Paternity and Mother amended the child’s birth certificate listing Father as the biological father of the child.  At the time the paternity case was subsequently filed, Father was serving a lengthy prison sentence, Grandmother filed a motion to intervene in the paternity action.

The trial court held an evidentiary hearing on temporary orders in April of 2014. The court ruled that Grandmother should have two hours of visitation with the child every week on a temporary basis at a pizza restaurant unless both parties agreed to a different location.

The Arizona Court of Appeals felt a Special Action appeal in this was appropriate in this case due to the fact that the order complained of was a temporary order that granted Grandmother visitation rights, that Temporary Orders are not appealable after final orders are entered, and there was not another adequate and speedy appellate remedy.

Mother argues in her Petition for Special Action the trial court lacked subject matter jurisdiction to grant temporary visitation to Grandmother. Additionally, Mother argued her right to due process was violated by the trial court as she claimed she had insufficient time to prepare for the Temporary Orders Hearing.

Trial Court Has Jurisdiction to Hear Grandparents Request for Visitation

The Arizona Court of Appeals found no merit to Mother’s argument that she was denied Due Process at the Temporary Orders hearing.

Grandmother’s petition for visitation was filed on February 5, 2014. The CAA was appointed on February 28, 2014, hearing. The review hearing took place on April 18, 2014. When the review hearing was scheduled, the judge advised both parties that no temporary orders would be issued on that date, but that another hearing would be held within a week if necessary.

The evidentiary hearing was set for April 21, 2014, during the April 18, 2014, review hearing. The issues that were addressed by the Arizona Court of Appeals included a discussion of whether a Grandparent was permitted to be granted temporary visitation with a child before final orders are issued in the case.

The Court of Appeals looked at Arizona Revised Statute Section 25-404 that grants a trial court with the authority to issue temporary child visitation orders during the pendency of the case.  The Court of Appeals also looked at Arizona Revised Statute Section 25-401 to determine who the legislature intended to be permitted to request temporary visitation orders.

The Arizona Court of Appeals concluded that the trial court has all the powers necessary to exercise its jurisdiction over child custody cases, pursuant to Arizona Revised Statute Section 12-123(B) and, further, that the trial judge had the inherent authority to conduct such hearings and issue such orders that are necessary to provide justice in a case, pursuant to the prior Arizona Court of Appeals case in Arpaio v. Baca.

The Court of Appeals concluded that the exercise by the trial court to issue temporary visitation to Grandparent was necessary to administer its jurisdiction and authority over child custody and visitation cases.

If you need information on temporary orders for grandparents visitation in Arizona, you should seriously consider contacting the attorneys at Hildebrand Law, PC. Our Arizona child custody attorneys have over 100 years of combined experience successfully representing grandparents in child visitation cases in Arizona.

Call us today at (480)305-8300 or reach out to us through our appointment scheduling form to schedule your personalized consultation and turn your Arizona grandparents visitation case around today.

Chris Hildebrand wrote the information on this page about temporary order for grandparents visitation in Arizona to ensure everyone has access to information about family law in Arizona. Chris is a divorce and family law attorney at Hildebrand Law, PC. He has over 24 years of Arizona family law experience and has received multiple awards, including US News and World Report “Top Arizona Divorce Attorneys”, Phoenix Magazine “Top Divorce Law Firms”, and Arizona Foothills Magazine “Best of the Valley” award. He believes the policies and procedures he uses to get his clients through a divorce should all be guided by the principles of honesty, integrity, and, quite frankly, actually caring about what his clients are going through in a divorce or family law case. In short, his practice is defined by the success of his clients. He also manages all of the other attorneys at his firm to make sure the outcomes in their clients’ cases are successful as well.