Home » Child Custody Laws in Arizona | Hildebrand Law, PC » Can a Grandparent or Stepparent be Awarded Custody of a Child in AZ

Can a Grandparent or Stepparent Be Awarded Custody of a Child in AZ?

Child Custody Granted to a Stepparent

The Arizona Court of Appeals in the Lambertus v. The Honorable Gerald Porter case addressed the issue of whether the court had the authority to issue temporary orders granting grandparents visitation during the pendency of a case. The appeals court concluded that although the statute did not specify the court could grant grandparents visitation in a temporary order, the trial court had the inherent authority to do so.

Arizona law allows only a parent to commence a child custody hearing. Does that statute prevent a court from awarding grandparental custody? Does it depend on whether a parent currently has custody? In the case, Marshall v. Superior Court, 701 P.2d 567 (Ariz. 1985) the Arizona Supreme Court addressed these questions.

Mother and Father had a daughter. Both asked for custody, and the court awarded it to Mother. The child custody order prevented her from removing the child from Arizona without court permission. It also required her to complete alcohol counseling, which she did in November 1984.

They asked the court to give them temporary custody of the child instead. The mother argued that the statutes do not authorize grandparental custody of a child if a parent has physical custody.

The court found that this law only applied to who could start a custody proceeding. It ruled that the statute did not limit who could get custody. It also noted evidence that Mother continued to abuse alcohol.

The trial court relied on Gowland v. Martin, 520 P.2d 1172 (1974). It cited this as its authority to transfer custody to a grandparent. However, Gowland was decided before the current version of the law was adopted. That case, therefore, is no longer good law.

The correct position on the law was enunciated in Webb v. Charles, 611 P.2d 562 (1980). There, the Court of Appeals reviewed a case where a maternal grandmother wanted custody. The court said that since the natural father did not relinquish his rights to his son, the grandmother could not seek custody. 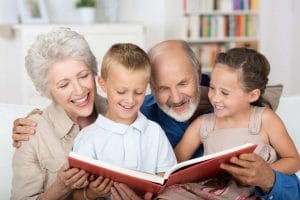 The Supreme Court said that the trial court acted in excess of its jurisdiction by transferring child custody to the grandmother. It noted a remedy if the trial court found neither Mother or Father to be fit parents.

Any party may petition the juvenile court to have a child declared a “dependent” child. Under the juvenile code, a “dependent child” is one who is: (a) In need of proper and effective parental care and control and has no parent or guardian, or one who has no parent or guardian willing to exercise or capable of exercising such care and control; (b) Destitute or who is not provided with the necessities of life, or who is not provided with a home or suitable place of abode, or whose home is unfit for him by reason of abuse, neglect, cruelty or depravity by either of his parents, his guardian, or other person having his custody or care.

In a dependency action, the issue is whether a parent is exercising appropriate “care or control,” or providing a fit household. The juvenile court is not required to grant custody to a petitioning party. The juvenile court can award custody of a dependent child to any place in the child’s best interest.

The Arizona Supreme Court reversed the trial court’s award of temporary custody to the grandmother. 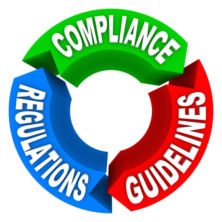