Division of Property and Alimony in Arizona | Hildebrand Law, PC

Division of Property and Alimony in Arizona | Hildebrand Law, PC 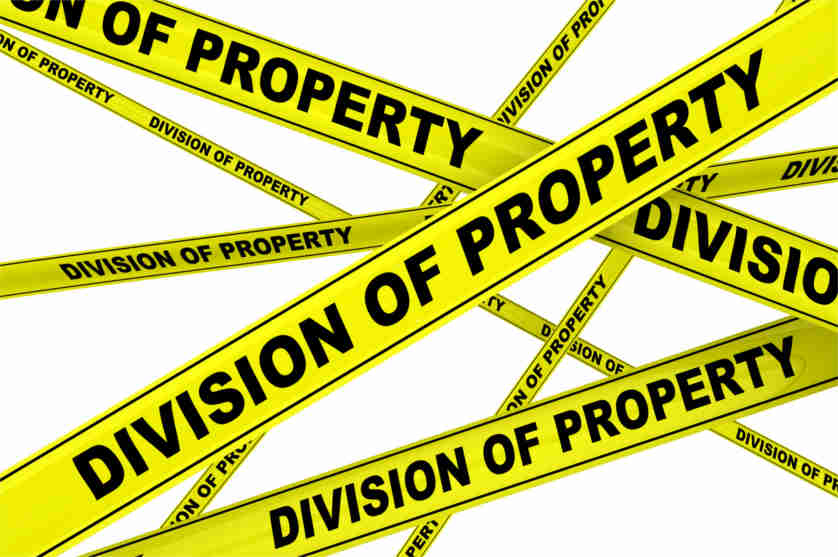 Division of Family Property and Alimony in Arizona

The parties were married in 1985 and Mrs. Woodside filed a petition for dissolution of marriage in 2012. Pursuant to Mrs. Woodside’s request for temporary alimony, the trial court awarded her $975.00 of alimony per month.

Instead of proceeding to trial, the parties agreed to submit the case to the court through memorandum and affidavits. Their memorandum stated they agreed to a division of property and the only remaining issues were a number of alimony and attorney’s fees.

Each party submitted a list of their real and personal property, as well as the parties’ agreed-upon division of those items. After a disagreement over counseling records attached to Mrs. Woodside’s memorandum, the court set a bench trial.

On the first day of the trial, the parties agreed how they would divide their property, but could not agree on the values of the items. Both testified about the value of each item as well as their marriage, employment, and earning capacity.

After hearing the evidence presented at the trial, the court concluded the parties were bound by the property lists they presented and accepted Mr. Woodside’s opinion of the values, distributing the property as requested by the parties. Specifically, the trial court found Mrs. Woodside was receiving $149,000.00 in property and her husband was receiving $74,000.00 in personal property. The court also awarded wife $800.00 per month in permanent alimony.

Division of Family Property and Alimony in Arizona | The Ruling

Mr. Woodside filed an appeal with the Arizona Court of Appeals, contending he was entitled to additional facts and findings of law in regards to the alimony decision. He argued the trial court erred in denying the motion for findings of fact and conclusions of law supporting the award of alimony he filed as, according to Mr. Woodside, was required by Arizona Revised Statute Section 25-318(R), which the trial court concluded did not apply to this case.

If any part of the court’s division of joint, common, or community property is in the nature of child support or spousal maintenance, the court shall make specific findings of fact and conclusions of law in its decree.

The appellate court believed that the application of the statute is necessarily determined by whether the division of property is in the nature of alimony. The justice added that alimony is intended to support a spouse who has insufficient property to provide for his or her reasonable needs or lacks the earning ability due to age or other factors. Because the language was clear, the court was able to determine whether the property division had the characteristics of alimony without resorting to additional statutory interpretation.

The husband argued the property distribution was in the nature of alimony because the parties intended it to be and because the trial court concluded in an unsigned ruling that the wife was entitled to alimony in a reduced amount from the amount awarded temporarily.

However, he did not provide further support for his argument as it relates to the applicability of the statute. The court ruled that Mr. Woodside’s brief references to the party’s intent and the trial court’s ruling did not support a conclusion that the property disparity had the characteristics of alimony.

Regarding the intent of the parties, the court stated that Mr. Woodside was clear at trial he agreed to the property distribution to reduce alimony. Mrs. Woodside, however, testified she was only willing to accommodate his desire to reduce the amount or duration of alimony but she felt she could not be expected to become self-sufficient by selling the property awarded to her.

Additionally, wife testified at trial there was no disparity in the property division and when asked to show the existence of an agreement regarding the offset, neither party was able to produce any such agreements.

In view of these competing statements and the record before them, the Arizona Court of Appeals could not say the parties’ intent was clear and without dispute. Furthermore, the trial court’s reference to the fact that the amount of alimony it was awarding Mrs. Woodside was less than what it had awarded to her as temporary maintenance does not show that the disparity in the division of the parties’ property was necessarily included in the court’s consideration of alimony.

Mr. Woodside contended any reduction in the alimony awarded at temporary orders as opposed to the final alimony award must have been due to the property division. The court ruled that it was unclear if the trial court reduced the amount of alimony because of the unequal property division or other evidence presented at trial and consequently, the record did not support the husband’s claim that findings were required by ARS 25-318(r).

Finally, the appellate court decided that the trial court made its intent clear when it denied Mr. Woodside’s request for findings of fact and conclusions of law stating that the property division was not in the nature of alimony. With these facts before them, the appellate court concluded Arizona Revised Statute Section 25-318(r) did not apply in this case and the trial court did not err in denying the request for additional findings of fact and conclusions of law on that basis.

Mr. Woodside further argued the court abused its discretion by failing to consider the property value disparity in calculating the alimony obligation and that this failure resulted in Mrs. Woodside receiving more than she was otherwise entitled.

The trial court determined the amount and duration of alimony by referencing the factors set forth in Arizona Revised Statute Section 25-318(b). The statute requires a court to consider all relevant factors and lists thirteen criteria, including the parties’ standard of living during the marriage, duration of the marriage, age, employment history, and earning ability of the spouse seeking alimony, comparative financial resources of the parties, and apportionment of marital property.

The court’s determination is made on a case by case basis that recognizes that some factors will not apply and the statute does not require them to make a specific finding on every factor.

The trial court concluded wife was entitled to maintenance pursuant to the statute because she lacked sufficient property to provide for her reasonable needs, she was unable to be self-sufficient through appropriate employment, she lacked earning ability in the labor market, the duration of the marriage was long, and she was of an age that may preclude the possibility of gaining employment to be self-sufficient. They also noted the comparative financial resources of the parties and the ability of the husband to meet his own needs while also providing for his wife’s needs in the trial court’s decision.

Also, Mr. Woodside contended that the alimony award was too high to account for the unequal property division in addition to Mrs. Woodside holding a minimum wage job. Although the trial court had found in its ruling that she would be unable to find employment, he argued the court actually apportioned to her a minimum wage job, based on a statement it made during a subsequent hearing.

Two months after the trial had concluded, the trial court had held a hearing on Mrs. Woodside’s objections to the husband’s proposed dissolution decree. During the hearing, the court responded to her complaint that they had not “taken care of her” and stated that it had attributed minimum wage to her and therefore it was time for her to obtain employment.

The court did not state that it was augmenting or altering its earlier findings, nor did it specify how many hours of work it accredited to her. Based on the assumption that the court had augmented its earlier findings with the previous statement, the husband contested his mathematical calculation showed that the court could not have accounted for both the property division and a minimum wage job.

Wife had requested $1500.00 per month to meet her reasonable needs, and using that as a starting point, he argued that a minimum wage job would have brought alimony down to $184.00 per month based on full-time wages. Mr. Woodside then contends that the amount should be further reduced because of the unequal property division.

He did not explain how the property division would have been factored in, but it appeared to the court he was arguing it would result in a dollar for dollar reduction of his alimony obligation. He cited no case law or other authority to support the proposition that the trial court must make a dollar for dollar reduction of maintenance due to the unequal property division and the court did not make any findings stating or suggesting that Mrs. Woodside was expected to sell or rent items of property to meet her reasonable needs.

Additionally, the appellate court found the husband did not specify where in the record the court stated how many hours wife would likely work, or if commuting costs to the nearest city would be deducted. The justices continued by stating the record shows the trial court concluded Mrs. Woodside would have difficulty finding work and the work she may find would not be enough to sustain her.

Given the court’s written factual findings regarding Mrs. Woodside’s possible difficulties in finding employment at her age, as well as undisputed evidence of her employment for only three months of a twenty-eight year marriage, and its acknowledgment of husband’s earning capacity, the appellate court concluded the trial court did not abuse its discretion in awarding Mrs. Woodside permanent alimony in the amount of $800.00 per month.

If you have questions about division of family property and alimony in an Arizona divorce case, you should seriously consider contacting the attorneys at Hildebrand Law, PC. Our Arizona spousal maintenance and family law attorneys have over 100 years of combined experience successfully representing clients in spousal maintenance and family law cases.

Chris Hildebrand wrote the information on this page about division of alimony fees and property in Arizona to ensure everyone has access to information about family law in Arizona. Chris is a divorce and family law attorney at Hildebrand Law, PC. He has over 24 years of Arizona family law experience and has received multiple awards, including US News and World Report “Top Arizona Divorce Attorneys”, Phoenix Magazine “Top Divorce Law Firms”, and Arizona Foothills Magazine “Best of the Valley” award. He believes the policies and procedures he uses to get his clients through a divorce should all be guided by the principles of honesty, integrity, and, quite frankly, actually caring about what his clients are going through in a divorce or family law case. In short, his practice is defined by the success of his clients. He also manages all of the other attorneys at his firm to make sure the outcomes in their clients’ cases are successful as well.