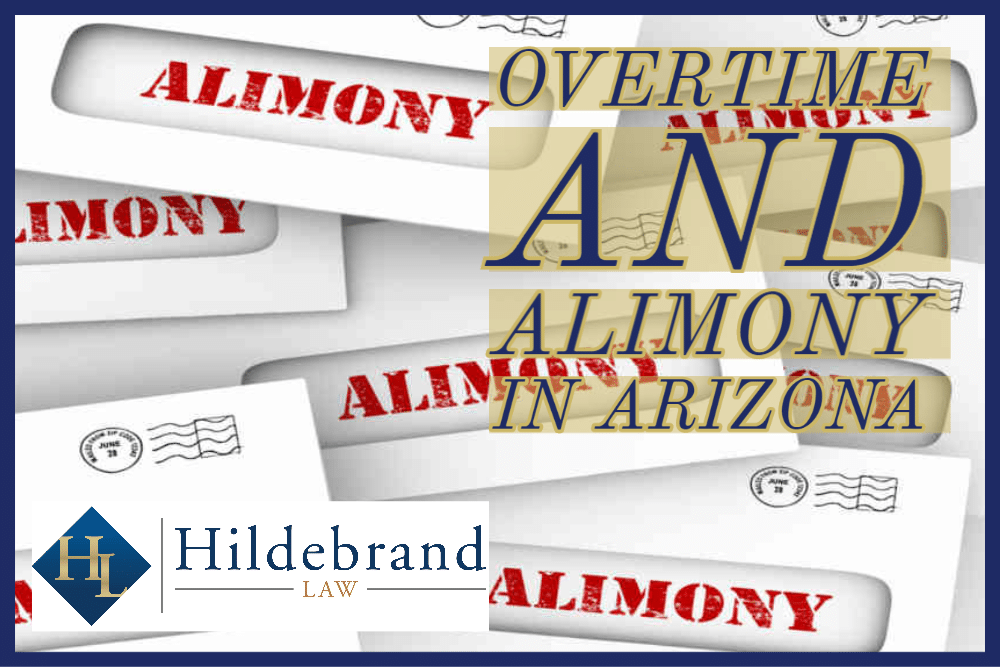 Alimony and Overtime in Arizona

Alimony and Overtime in Arizona | Is Overtime Included in an Alimony Calculation?

Divorce laws in Arizona permit a court to award alimony to a spouse in a divorce or legal separation case.

Alimony in Arizona is an amount a judge may order one spouse to pay the other spouse for financial support for a period of time.

There are actually three different types of alimony a judge may award. A judge can still award alimony to a spouse who is already working.

If you are the spouse potentially paying alimony, you won’t be happy if the court includes overtime when considering the issue of alimony in Arizona.

If you are the spouse potentially receiving alimony, you definitely want the court to consider overtime and alimony in your case.

Well, let’s look at what you can do if overtime is an issue in your Arizona divorce and alimony case.

Learn the Arizona Law on Alimony and Overtime in Arizona

The Arizona Court of Appeals in the Woodside v. Woodside case addressed the issue of whether a person working full time who also chooses to work an additional job should have his or her full-time earnings considered when a trial court enters a ruling on alimony in Arizona or whether a judge has the discretion to include income from two jobs when determining how much alimony to award.

To understand how alimony is calculated, you should understand the basics of alimony in Arizona.

Hear the Arguments Raised Against Considering Overtime for Alimony in Arizona

Mr. Woodside argued the trial court erred by taking into account earnings from his second part-time job when calculating the amount of alimony.

Mr. Woodside relied on another case, McNutt v. McNutt, for the proposition a party should be able to choose to work additional hours without increasing a support obligation.

That case, however, did not address alimony but rather interpreted a section of the Arizona Child Support Guidelines, which states a parent is generally not expected to earn an income greater than what would be earned from full-time employment, but no such provision exists for alimony in Arizona.

Mr. Woodside also cited two out of state cases, both suggested they were limited to their facts and were both distinguishable from this case.

In the first, In re Marriage of Smith, the California Court of Appeals affirmed a trial court’s order modifying an alimony award, finding that the marital standard of living should have been based on what the husband would have earned had he worked at a “reasonable human pace”, rather than working “excessive hours”.

Mr. Woodside conceded, however, that the court clarified in a footnote that its reasoning was case-specific, stating that income from overtime or a second job must be considered by the trial court, but how it is to be considered in a particular case is within the discretion of the court.

In Stuczynski v. Stuczynski, the husband was employed full time when he left the home, but then acquired a second job at an additional thirty hours per week after the parties separated to support the home and allow the wife to obtain employment.

The Nebraska Supreme Court held the trial court abused its discretion by including the second job in the income calculation.

Mr. Woodside did not testify regarding how many extra hours he had worked in his teaching job, but the evidence showed he worked a total of sixty or more hours a week, as the husbands did in Smith and Stuczynski.

Furthermore, Mr. Woodside held his part-time job for eighteen years before the divorce, as opposed to the husband in Stuczynski, who only took the second job to support his family after the parties’ separation.

Therefore, the court decided that these two cases did not support his argument.

How the Court Ruled on Overtime and Alimony in Arizona

The justices continued by stating both cases hold that a trial court may consider additional employment depending on the number of hours, the circumstances leading to it, and how long the spouse has worked more than full time during the marriage.

The Justices agreed with the previous rulings holding it is within the discretion of the trial court to decide how these factors will be considered in each particular case.

The court found nothing in the Arizona alimony statutes providing or suggesting the trial court cannot consider income earned from a second job when awarding alimony.

Rather, the Justices asserted income from a second job was relevant to several of the enumerated factors, particularly when considering the standard of living during the marriage and the comparative financial resources and earning abilities of the parties.

The court concluded the trial court had not abused its discretion by considering Mr. Woodside’s income from his second job.

How You Can Deal With Overtime and Alimony in Arizona 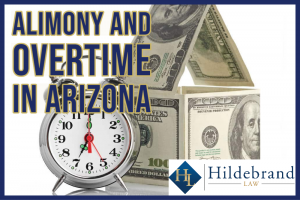 A trial court determines the amount and duration of alimony with reference to several factors found in Arizona Revised Statute Section 25-318. However, they are only required to rule on the factors relevant to the particular case at hand.

Some important factors that might alter the ruling for alimony include the receiving party obtaining employment and how the property is divided between the parties, but it is within the discretion of the court how heavily these factors will affect the amount or duration of alimony in Arizona.

It is within the sound discretion of the trial court to decide whether income from overtime work or an additional job will be included in calculating a spouse’s income.

It is important for an appealing party to take into consideration the latitude the court has in deciding what factors it will examine and how the circumstances of each alimony case will vary from case to case.

If you are facing a divorce, you should understand the basics of alimony in Arizona.

The court will consider many issues when deciding an alimony case in Arizona, including the effect of the standard of living on an award of alimony.

The court will also consider the cost of health insurance, as well as the cost of the children’s college education when awarding alimony.

Chris Hildebrand wrote the information on this page about alimony to ensure everyone has access to information about child support laws in Arizona. Chris is a divorce and child custody attorney at Hildebrand Law, PC. He has over 24 years of Arizona family law experience and has received multiple awards, including US News and World Report “Top Arizona Divorce Attorneys”, Phoenix Magazine “Top Divorce Law Firms”, and Arizona Foothills Magazine “Best of the Valley” award. He believes the policies and procedures he uses to get his clients through a divorce should all be guided by the principles of honesty, integrity, and actually caring about what his clients are going through in a divorce.