Home » Violation of a Spendthrift Provision of a Trust in Arizona 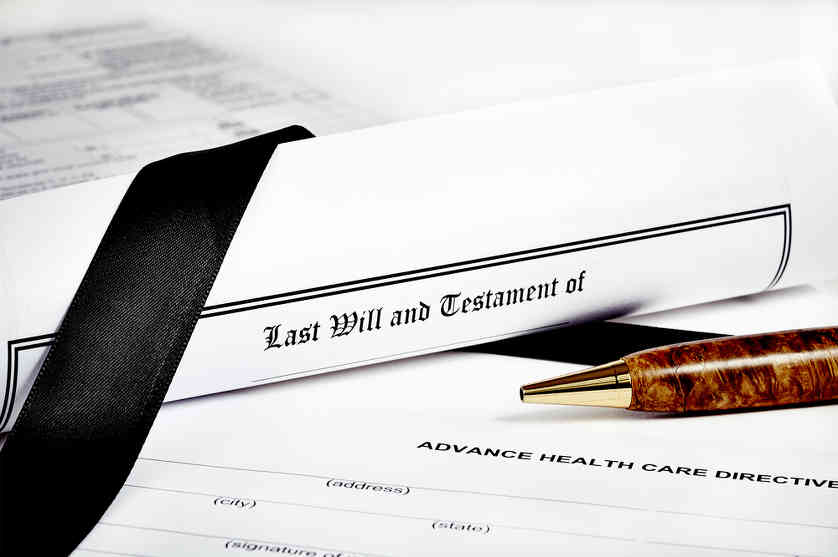 What happens if a beneficiary transfers his interest anyway? In the case, Weinstein v. Weinstein (In re Indenture of Trust Dated January 13) 326 P.3d 307 (2014), the Arizona Court of Appeals addressed this spendthrift trust issue.

In 1964, Mr. Weinstein and Mrs. Weinstein created an inter vivos trust. They named their son, B. Weinstein, trustee and his three children–S. Weinstein, C. Weinstein, and M. Weinstein, as beneficiaries. The Trust contained a spendthrift provision. This prohibited the voluntary and involuntary transfer of a beneficiary’s interest.

In 2000, M. Weinstein assigned his entire interest in the Trust to his siblings, S. Weinstein and C. Weinstein. It was to be held in trust for the benefit of their children. In return, B. Weinstein, as trustee, paid M. Weinstein $75,000 from the Trust.

Finally, it ruled that even if the assignment was invalid, laches and the statute of limitations prohibited M. Weinstein’s claims. From these rulings, M. Weinstein appeals.

In Arizona, a spendthrift provision in a trust is only valid if it restrains both voluntary and involuntary transfer of a beneficiary’s interest. Even if a trustee honors an assignment that violated a spendthrift clause, the beneficiary of a trust can stop all future payments under the assignment.

S. Weinstein and C. Weinstein claim that, even if the assignment was invalid, M. Weinstein ratified the deal by accepting the $75,000. Under the Arizona Trust Code, a beneficiary can consent to conduct constituting a breach of trust. If he does so, knowing of his rights, the trustee is not liable to him.

M. Weinstein argues that the trustee should have given him a copy of the Trust and an accounting. He claims he should have received these both before and after the assignment. However, a trustee is not liable for failing to provide trust documents to a beneficiary who repudiates all interest in the trust. M. Weinstein does not claim he ever requested a copy of the trust or an accounting of the trust assets.

The Trust here terminated upon B. Weinstein’s death in 2010. All trust property had been distributed. However, the record is unclear on when the distribution occurred. Any distribution of M. Weinstein’s beneficial interest in the trust that occurred after he revoked the assignment is invalid.

Since the Court could not determine this from the record, it could not uphold summary judgment on that basis.

Mr. Weinstein and Mrs. Weinstein argue that the appellate court should affirm the summary judgment on the basis of the doctrine of laches. They argue that laches bars any claims about the assignment. Laches is the equitable counterpart to the statute of limitations. It bars a claim when someone has unreasonably delayed bringing a claim.

Laches applies when the delay is unreasonable and results in prejudice to the opposing party. To determine whether the delay was unreasonable, courts must examine the justification for the delay. M. Weinstein petitioned for an accounting 12 years after his purported assignment. He brought it some two years after the death of the trustee, B. Weinstein. He argues this delay was not unreasonable because he was unaware assignment was prohibited.

He also claims he never received an accounting of the trust. Therefore, he couldn’t determine whether the $75,000 was a fair consideration. He also claims that B. Weinstein coerced him into signing the document. The Court noted that M. Weinstein may not have been aware of the trust’s spendthrift provision. However, he was aware of the other two reasons for the challenge in 2000. He knew when he made the assignment that B. Weinstein was coercing him.

He also knew he had not received an accounting. M. Weinstein offers no explanation for waiting 12 years to sue over the trustee’s failure to provide an accounting in 2000. This delay was unreasonable. For laches to apply, the unreasonable delay also must result in prejudice to the opposing party or the administration of justice.

Accordingly, the trial court did not abuse its discretion in finding M. Weinstein’s claim to set aside the assignment barred by laches. M. Weinstein cannot challenge the assignment. He has no interest in the Trust as a beneficiary based on the invalid assignment of his interest. Therefore, he does not have the standing to seek an accounting.

The Court of Appeals affirmed the trial court’s ruling that M. Weinstein did not have the standing to seek an accounting from the trust.

If you have questions about a violation of a spendthrift provision of a trust in an Arizona divorce case, you should seriously consider contacting the attorneys at Hildebrand Law, PC. Our Arizona community property and family law attorneys have over 100 years of combined experience successfully representing clients in community property disputes and family law cases.

Chris Hildebrand wrote the information on this page about a spendthrift provision of trust and its violations in Arizona in Arizona to ensure everyone has access to information about family law in Arizona. Chris is a divorce and family law attorney at Hildebrand Law, PC. He has over 24 years of Arizona family law experience and has received multiple awards, including US News and World Report “Top Arizona Divorce Attorneys”, Phoenix Magazine “Top Divorce Law Firms”, and Arizona Foothills Magazine “Best of the Valley” award. He believes the policies and procedures he uses to get his clients through a divorce should all be guided by the principles of honesty, integrity, and, quite frankly, actually caring about what his clients are going through in a divorce or family law case. In short, his practice is defined by the success of his clients. He also manages all of the other attorneys at his firm to make sure the outcomes in their clients’ cases are successful as well.