Orders of Protection Against Harassment in AZ | Hildebrand Law, PC

Orders of Protection Against Harassment in AZ | Hildebrand Law, PC

What Are Orders of Protection and Injunctions Against Harassment in Arizona?

An Order of Protection and an Injunction Against Harassment are two types of protective orders issued by a court forbidding a person from having contact with the individual requesting the protective order.

The person seeking the protective order must allege facts to demonstrate that the other party has abused or repeatedly harassed the party seeking the order or that an act of violence is likely to occur in the future. The court may grant a spouse the exclusive use and possession of a common residence in the restraining order.

You must be able to show the court the person you want protection from has committed or may commit an act of violence or a series of harassing actions. You do not have to be physically injured to be a victim of domestic violence if you can show that the other person has done or may do any of the following:

The Arizona Court of Appeals in a memorandum decision in the case of Halloum vs. Hasasneh had to decide if harassment could be the basis for an Order of Protection to be Issued.

The wife appeals the superior court’s continuation of an order of protection against her in favor of her husband. For the following reasons, we affirm.

After an evidentiary hearing in October 2016, Commissioner Hinz continued the protective order, finding reasonable cause to believe that Husband committed an act of domestic violence against Wife within the last year or might commit acts of domestic violence in the future.

Two months later, in December 2016, Husband sought and was granted an ex parte order of protection against Wife. Commissioner Clarke held an evidentiary hearing in January 2017 and continued the order against Wife, finding reasonable cause to believe that Wife committed an act of domestic violence within the past year.

The court sua sponte amended Commissioner Hinz’s previous protective order against Husband to reflect identical orders as to both parties. In pertinent part, the orders stated that Husband and Wife shall have no contact except to exchange their two minor children who were not included as protected persons. Also, Wife was prohibited from going near the husband’s place of employment, which was the parties’ jointly-owned furniture store. The wife timely appealed.

Wife argues no evidence showed she either committed or will commit an act of domestic violence against Husband. Thus, she claims the protective order against her should be quashed. We disagree. We review the continuation of an order of protection for an abuse of discretion. Michaelson v. Garr, 234 Ariz. 542, 544, (App. 2014).

Purpose of a Restraining Order in Arizona 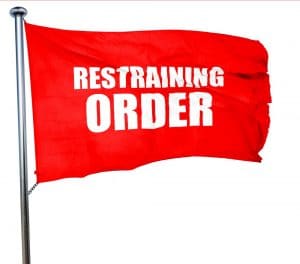 An order of protection is issued “for the purpose of restraining a person from committing an act included in domestic violence.” A.R.S. § 13- 3602(A).

A person commits harassment if, with intent to harass or with the knowledge that the person is harassing another person, the person:

1. Anonymously or otherwise contacts communicates or causes a communication with another person by verbal, electronic, mechanical, telegraphic, telephonic or written means in a manner that harasses.

2. Continues to follow another person in or about a public place for no legitimate purpose after being asked to desist.

3. Repeatedly commits an act or acts that harass another person.

The husband claimed that the wife harassed him on December 17, 18, and 19, 2016 when the wife came to his furniture store. The wife also argues that Commissioner Clarke erred by sua sponte amending Commissioner Hinz’s previous protective order against Husband “by performing essentially a horizontal appeal.”

Because Wife failed to cite any authority supporting such a proposition, however, we deem it waived and do not address it. See ARCAP 13(a)(7)(A) (stating that the opening brief must include an “[a]ppellant’s contentions concerning each issue presented for review, with supporting reasons for each contention, and with citations of legal authorities and appropriate references to the portions of the record on which the appellant relies”).

The husband testified that after he dropped off the children with the wife, she followed him to the store. She drove into the store’s parking lot, holding something in her hand. Husband said he was scared because he thought the wife was going to throw something at him, but relaxed when he saw a flash and realized she was taking pictures with her cell phone.

On December 18, Husband said he left the store after closing, walked out into the parking lot, and saw the wife drive into the parking lot. She was again taking pictures. He said he was scared because she drove toward him while he was on foot and came within two feet of striking him.

The husband believed the wife intentionally came to the store to harass him and tried to scare him by driving close to him in her car. Then on December 19, while the husband was not present at work, the wife was seen driving in the front of the store taking pictures. Although Husband was not present that day, he said he was afraid because the wife continued to come to the store and her behavior was getting bolder. He contacted law enforcement and was advised to file an order of protection against the wife.

In contrast, the wife testified she was not in the store parking lot on December 17 or 18; she denied following her husband, going anywhere near him, or trying to run him over with her car. The wife produced exhibits of a tracking application on her cell phone depicting her location on December 17 and 18, proving she was not at the store either day.

The wife admitted, however, that she could have left the phone at home and went to the store without it. She also acknowledged that the tracking application on her phone only records the location if she stops for five to ten minutes; it does not record if she simply drives through.

As for December 19, the wife said she drove by the store on her way to an appointment and noticed large trucks pulling into the back of the store. She recognized the trucks as belonging to Husband’s father. Because she was concerned that Husband was removing merchandise from their jointly-owned store, thus diluting community property, Wife said she had every reason to go to the store and document it. 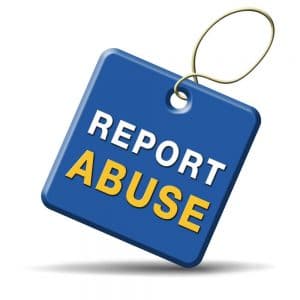 Commissioner Clarke asked Wife why she went to the store admittedly twice (December 19 and December 20) when she knew Husband worked there and claimed to be afraid of him, why she did not bring the police or another person with her, or have her attorney investigate instead.

Wife responded that Husband’s car was not in the parking lot so she knew he was not there and she was only there briefly; she just took pictures and left immediately.

Although Wife disputed that she intended to harass or harm Husband, the superior court did not abuse its discretion in accepting the testimony and evidence presented showing otherwise and continuing the order of protection. See Vincent v. Nelson, 238 Ariz. 150, 155 (App. 2015) (superior court is in the best position to judge the credibility of witnesses and resolve conflicting evidence, an appellate court generally defers to its findings).

For the foregoing reasons, we affirm the superior court’s continuance of the order of protection against Wife. Because Wife is not the prevailing party on appeal and cites no supporting authority, we deny Wife’s request for attorneys’ fees.

If you have questions about an order of protection and injunction against harassment in Arizona, you should seriously consider contacting the attorneys at Hildebrand Law, PC. Our Arizona restraining order and family law attorneys have over 100 years of combined experience successfully representing clients in restraining order and family law cases.

Call us today at (480)305-8300 or reach out to us through our appointment scheduling form to schedule your personalized consultation and turn your restraining order or family law case around today.