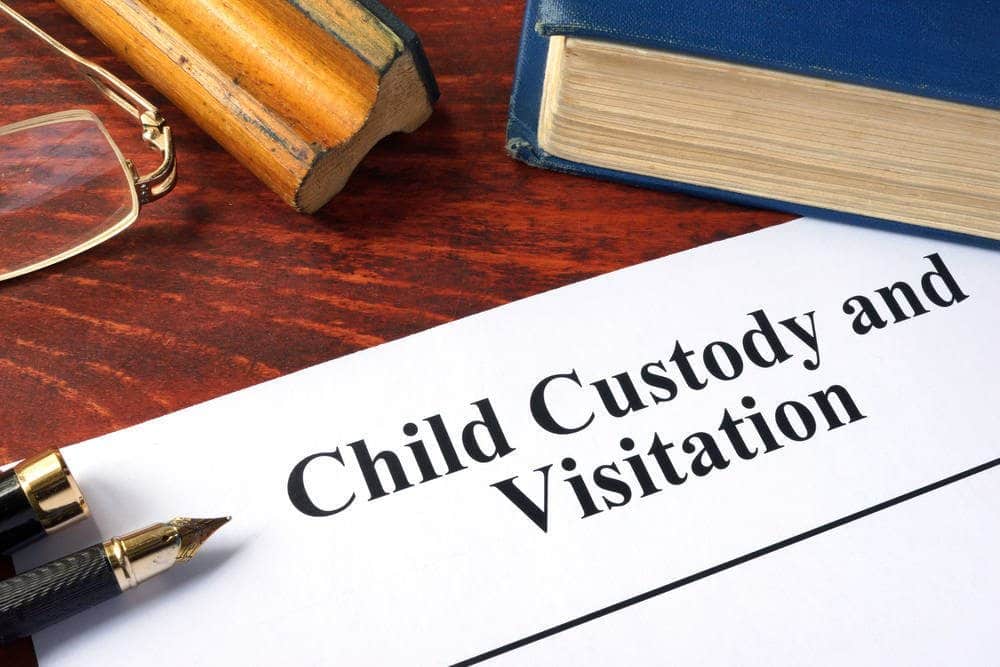 Mother appeals the superior court’s orders modifying parenting time and denying her motion for new trial. For the following reasons, we vacate the court’s May 2016 parenting time order and remand for proceedings consistent with this decision.

In March 2016, Mother filed a notice of intent to relocate with the child to Colorado. Father filed a petition to prevent relocation, contending it would not allow a realistic opportunity for parenting time. Father requested that the superior court prohibit relocation and affirm the November 2015 parenting time order.

In May 2016, after a 30-minute hearing, the superior court allowed relocation of the child, and over Mother’s objection, ordered that Father have two (non-consecutive) weeks per year of unsupervised parenting time in Arizona. The court warned Father, “if there’s any bad behavior on your part, the twice-a-year visits probably aren’t going to happen the following year.” Father indicated he understood and stated, “I’m just – I – I mean . . . coming from the supervised visits every other week is – and then going to that is – it’s great. It’s amazing.”

Mother implored that parenting time be supervised “for [the child’s] safety,” which was followed by the following exchange: THE COURT: Well, I think the child’s old enough now that you don’t need supervision. He can call you at any point in time. You can call him. You can check on him. He can talk. He’ll be able to tell you if there’s a problem, and there won’t be any further problems. MS. LIPKO: He is four, and he’s not going to understand what it means if Father’s knocking his girlfriend around. He shouldn’t have to see that or even be put in a situation where he can see that. THE COURT: Well, you better not be seeing it with — while the child’s there.

The court denied Mother’s motion for a new trial, and her timely appeal followed. Mother argues the superior court erred by modifying parenting time because Father did not request the modification. When a court order establishes joint legal decision-making authority or parenting time for two Arizona parents, and one of the parents seeks to relocate the child outside of the state, the relocation is governed by Arizona Revised Statutes (“A.R.S.”) section 25-408(A). See Vincent v. Nelson, 238 Ariz. 150, 153, (App. 2015).

In assessing a relocation request, the superior court must, to the extent practicable, “make appropriate arrangements to ensure the continuation of a meaningful relationship between the child and both parents.” A.R.S. § 25-408(G). Mother concedes the issue of relocation may require modification of parenting time. See Owen v. Blackhawk, 206 Ariz. 418, 420–21, (App. 2003).

Although Mother suggests that her relocation “did not absolutely require a modification of parenting time,” she should have been “prepared for the possibility” the court would not agree with her. Cf. Sundstrom v. Flatt, 776 Ariz. Adv. Rep. 23, (App. Oct. 17, 2017) (rejecting mother’s argument that the superior court erred by awarding husband legal decision-making when he had not filed his own petition to modify legal decision-making).

That said, we agree with Mother that the superior court erred by modifying the parenting time order without making specific findings regarding the child’s best interests. Because this case involved a contested issue of parenting time, the court was required to consider best interests factors and “make specific findings on the record about all relevant factors and the reasons for which the decision is in the best interests of the child.” A.R.S. § 25-403(A), (B); see Hurd v. Hurd, 223 Ariz. 48, 51, (App. 2009).

We, therefore, vacate the court’s order and remand for further proceedings. Because a decision concerning parenting time rests on the child’s best interests, on remand the parties must be allowed sufficient time to prepare and present all relevant evidence to the court. See Cruz v. Garcia, 240 Ariz. 233, 236, (App. 2016).

The superior court also erred in failing to account for Father’s domestic violence (past and present) in determining a new parenting time arrangement. See A.R.S. § 25-403.03(F) (“If the court finds that a parent has committed an act of domestic violence, that parent has the burden of proving to the court’s satisfaction that parenting time will not endanger the child or significantly impair the child’s emotional development.”).

Given the superior court’s 2015 findings relating to Father’s domestic violence, together with the allegations Mother briefly raised at the May 2016 relocation hearing, the record does not reflect that the court held Father to his burden. Father offered no evidence to prove the child would no longer be endangered or his emotional development impaired by unsupervised parenting time. See A.R.S. § 25–403.03(F).

Instead, the court found credible Mother’s testimony that Father “yell[s] and yell[s] obscenities to me and my husband” over the telephone. The court explained to Father: “You have a history, at least. That’s the history. You know, when you have a history, sometimes you get wrongly accused. . . . That’s kind of the way it works, but she has no reason to lie about this, that you’re not pleasant on the phone.” And to the extent the court concluded that Father carried his burden under § 25-403.03(F) because the child was four years old and could “tell you if there’s a problem,” the court erred.

The record does not reflect the superior court evaluated the child’s best interests in allowing Mother to relocate to Colorado, but Father did not appeal or otherwise challenge the relocation order. Accordingly, we consider the issue waived. See State v. Carver, 160 Ariz. 167, 175 (1989) (“Failure to argue a claim usually constitutes abandonment and waiver of that claim.”) For the foregoing reasons, we vacate the May 2016 parenting time order and remand to the superior court can “perform the necessary statutory analysis.” See Nold, 232 Ariz. at 274.

Call us today at (480)305-8300 or reach out to us through our appointment scheduling form to schedule your personalized consultation and turn your Arizona child abuse or family law case around today.