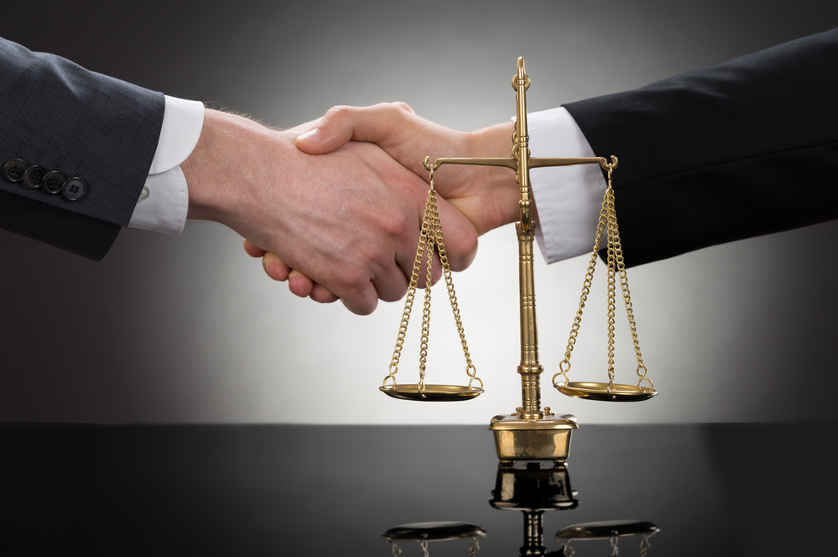 Mr. Potthoff and Mrs. Potthoff married in 1962 and lived in Arizona. Mr. Potthoff was a physician in Phoenix. He had been married before to Mrs. N. He paid Ms. N $7,700 in spousal support during the marriage to Mrs. Potthoff.

In 1978, Mrs. Potthoff filed for dissolution. The trial court held a trial, then entered a minute entry dissolving the marriage.

The order also divided Mr. Potthoff and Mrs. Potthoff’s interests in various properties owned by them. It ruled that the real property identified as the Palm Grove property and the Hyder property were both community property. Therefore, it divided the equity between the spouses in the dissolution proceedings. In November 1978, the court issued its judgment which ordered the two parcels to be sold.

A month later Mr. Potthoff and Mrs. Potthoff reached a settlement agreement. The agreement settled all issues between them except those concerning the Palm Grove and the Hyder properties.

Mr. Potthoff appealed from the court’s finding that the Hyde and Palm Grove properties were community property.

Arizona courts determine whether the property is community or separate by reviewing the owner’s marital status when he acquired it. A property purchased before marriage remains separate even if community funds are used to pay for it. A property retains its status until changed by agreement of the parties or by operation of law.

Here, Mr. Potthoff acquired the right to both properties before his marriage to Mrs. Potthoff. At the time of their marriage, these properties were Mr. Potthoff’s separate properties. The Court reviewed the facts of each property to determine whether the status changed to community property. 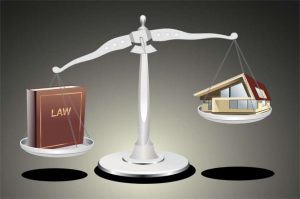 Acquisition of the Hyder and Palm Grove Properties

Before his marriage to Mrs. Potthoff, Mr. Potthoff bought a one-half interest in a section of land near Hyder, Arizona. Two months prior to his marriage to Mrs. Potthoff, he bought the other one-half interest in this land. He paid for the latter purchase after marriage. The deeds gave him the title as “his sole and separate property.” This property, at time of trial, was unimproved, raw desert land.

Mr. Potthoff also bought a one-half interest in land termed the Palm Grove property before the marriage. In 1960, he bought the other one-half interest from his partner, Daniel Roe. He intended to develop this into a shopping center.

During the marriage, Mrs. Potthoff and Mr. Potthoff had a bank account termed the “M.D.” account. Mr. Potthoff was the only signatory. He put all income of both spouses into this account.

That included income from his medical practice, loan proceeds, property sale proceeds, and proceeds of the sale of Mrs. Potthoff’s separate property. From this account, Mr. Potthoff paid all expenses of his practice, living expenses, investments and expenditures related to these properties.

The trial court found that the funds in the M.D. account were so commingled that the identity of separate funds was lost. It considered the entire account to be community property.

Mr. Potthoff obtained interim financing for the construction of the shopping center on the Palm Grove property. Both his name and Mrs. Potthoff’s was on the note. However, when he got permanent financing, Mr. Potthoff signed the note and mortgage himself.

After the shopping center was finished, Mr. Potthoff opened another account called “Palm Grove-Potthoff Properties Account.” He put rental income into it and paid business expenses from it.

Mrs. Potthoff claims that he also deposited community funds into that account. She also claimed that Mr. Potthoff devoted considerable time and effort in managing, leasing and supervising the shopping center. 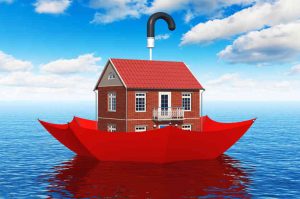 The superior court found that the Hyder Property changed its status to community property because of commingled funds. The Court of Appeals, however, disagreed.

Therefore, transmutation only can happen to the property of identical character, such as money. Only this type of property can get blended in a way that transmutes its status. The Court said that the concept does not apply to real property because of its unique nature. Therefore, the trial court erred in applying the “commingling” theory to the Hyder property.

The Court found no evidence that community funds were expended to acquire the property. It was acquired by Mr. Potthoff prior to his marriage and was separate property. An encumbrance was satisfied during the marriage. But this was paid for by the sale of a portion of this separate property to Humble Oil Company. 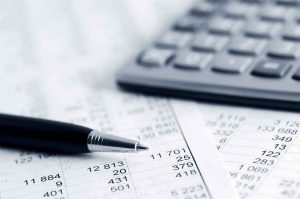 The Court also disagreed that building a shopping center completely changed the character of the land and transformed it into community property. If community funds were used to improve the separate property, this supports a community lien on the property.

However, the Court found no evidence that community funds were used. Mrs. Potthoff had to sign the promissory note for interim financing. But Mr. Potthoff alone signed the mortgage on his “sole and separate property” to secure that note.

That note was subsequently paid by the proceeds of a loan from American National. That was evidenced by a promissory note and mortgage signed solely by Mr. Potthoff. Any lien for reimbursement was extinguished when the community debt was extinguished by a separate obligation. The Court did find that certain funds from the M.D. account were used in connection with the shopping center. As to these amounts, the community had a lien on the Palm Grove property for reimbursement.

The Court of Appeals held that the trial court erred in finding the Palm Grove property to be community property.

The Court of Appeals reversed and remanded. It ordered the trial court is to determine the amount of community funds expended upon the Hyder and Palm Grove properties and impose an equitable lien in that amount. It also ordered the trial court to establish the amount of increase in value that is attributable to community efforts. That is also an equitable lien in favor or the community. 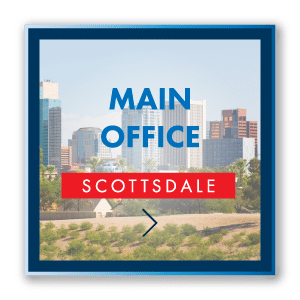 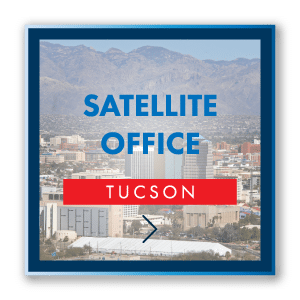 Chris Hildebrand wrote the information on this page about the transmution of separate property to community property in Arizona to ensure everyone has access to information about family law in Arizona. Chris is a divorce and family law attorney at Hildebrand Law, PC. He has over 24 years of Arizona family law experience and has received multiple awards, including US News and World Report “Top Arizona Divorce Attorneys”, Phoenix Magazine “Top Divorce Law Firms”, and Arizona Foothills Magazine “Best of the Valley” award. He believes the policies and procedures he uses to get his clients through a divorce should all be guided by the principles of honesty, integrity, and, quite frankly, actually caring about what his clients are going through in a divorce or family law case. In short, his practice is defined by the success of his clients. He also manages all of the other attorneys at his firm to make sure the outcomes in their clients’ cases are successful as well.